The Spice Smart Flo Mettle 5X Mi-504 device is the latest budget-conscious contender in India that doesn’t plan to burn a huge hole in your pockets. This smartphone carries a price tag that reads under Rs 6,500 and will be up for grabs via Homeshop18. Also, the Indian manufacturer has revealed that the Mettle lineup will soon have two new members, namely 4X and 3.5X.

Technically, it falls in the phablet category, but the device fails to bring the kind of features that most 5-inch contenders in the country do such as quad core processors. Nevertheless, the Spice phone drenched in white and measuring 148.5 x 78.9 x 10.4 millimeters, spurts out visuals in 480 x 854p resolution. It weighs in at 190 grams. 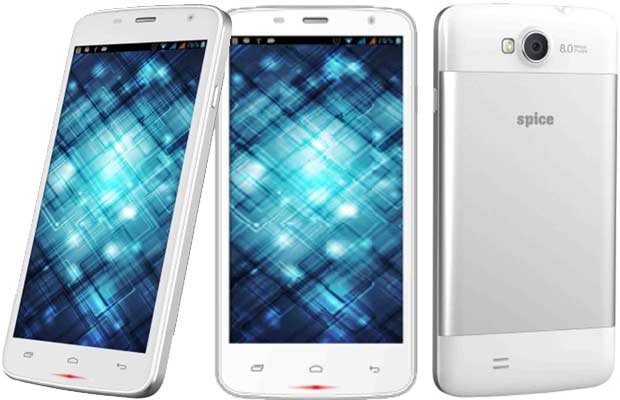 The smartphone binges on Jelly Bean version 4.2 and employs a dual core Chipset for supervising the internal working. It sprints at a speed of 1.3GHz and has 512MB of RAM for company. And as far the internal memory is concerned, you get 4GB of onboard storage that can easily be expanded further using a microSD card of not more than 32GB capacity.

Here’s a list of all the main specifications of the Spice phablet at a glance:

The Spice Smart Flo Mettle 5X Mi-504 is slated to be made available through Homeshop18 for Rs 6,499.