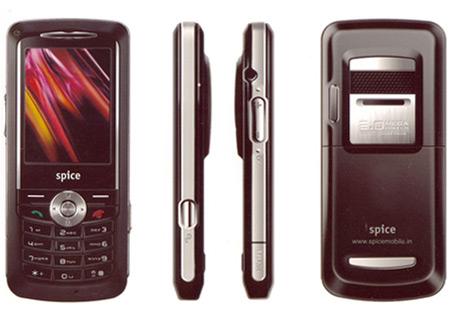 Indian mobile phone company Spice Mobiles has launched the S-920 handset in the country. The S-920 is the company’s latest entry in its Bluegen series.

Now we all have heard of ringtones and singtomes, but the Spice S-920 mobile phone features ‘PRANKTONES.’ Now what’s that? Well, PRANKTONES is an innovative feature that enables the sleek S-920 to customize background sound effects for your calls, allowing you to foolproof your excuses! According to the press release, “Pranktones can make you get caught in the heavy commotion of a traffic jam or even set romance in the air by selecting your favourite romantic song, while talking to your girlfriend with just a push of a button.” This naughty feature is integrated in the handset and users also have the choice to download their own choice of sound effects as well.

The other features of the Spice S-920 mobile phone are: