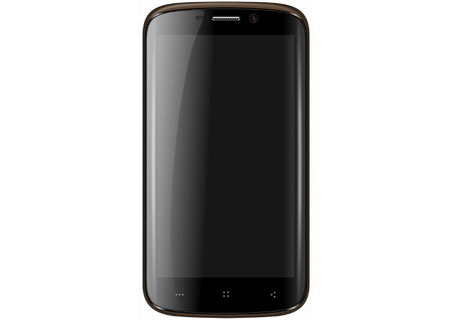 A price for the Spice Mi-530 has gone official and the smartphone is available to purchase via online retail in India. In the aftermath of this year’s CES, we’re seeing an increasing number of Indian manufacturers come out with decent mid-range as well as budget-friendly offerings.

The image we’ve posted above of the dual SIM Stellar Pinnacle Mi-530 is the only one of the device to be had at the moment and with no pictures of the side of the gadget, it’s hard to tell just how sleek it is. The smartphone can boast of fairly high specs and features a 5.3-inch TFT LCD capacitive screen with IPS technology, although images and video are displayed at a resolution of 960 x 540 pixels.

Sadly, for all its features towards the upper end of the spectrum, it runs on the progressively ageing Android Ice Cream Sandwich OS. There are no complaints with the hardware though and the gadget comes with 1GB of RAM and 16GB of internal memory which can be expanded via a microSD card slot. A 1.2GHz dual core processor rounds up the innards. 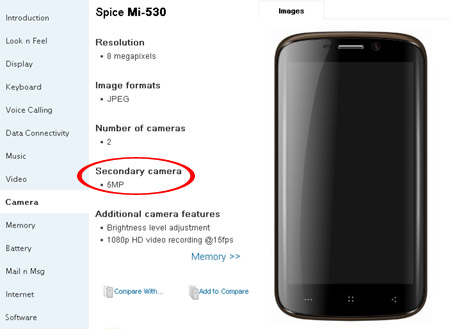 There will be an 8MP camera on the rear that is capable of recording HD video in 1080p, but at this high resolution, the frame rate is constrained to 15fps. It also has auto focus and LED flash attributes to its credit. The Saholic page mentions that the camera on the front is 5MP, and while this isn’t the largest front snapper ever, it is definitely an interesting trait to venture into the country.

The Spice Mi-530 is, at the moment, available exclusively via Saholic and can be purchased for Rs. 13,999. It has 3G, Wi-Fi and Bluetooth 4.0 connectivity to boot, along with a 2550mAh Li-polymer battery which is expected to provide a little over 4 hours of talk time on 2G networks.