Update: The phone is now available for purchase at Rs 6299, as opposed to the earlier Rs 6999 price tag, through online retailer Flipkart.

Original Story: As we know, Android One phones have been unveiled in India, and one of the three handsets which have been showcased today is the Spice Dream Uno Mi-498. This entry-level device which complies to hardware the principles set by Google, will be exclusively sold by Flipkart for a limited time at Rs 6999.

Its sale will start on the website later today, while it will be hitting retail stores around the country during the Diwali season. The fact that Google and its manufacturing partners have not chosen to make their devices online exclusives speaks about the Android One program a great deal, as its primary aim is to bring the operating system to as many demographics as possible. 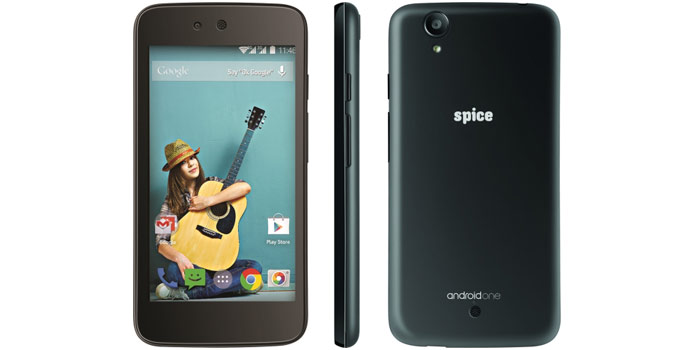 The Spice Dream Uno Mi-498 smartphone comes equipped with a 4.5-inch IPS display which grabs an FWVGA resolution of 854 x 480 pixels. As was predicted, it runs on a MediaTek chipset running a 1.3GHz quad core processor and assisted by a 1GB RAM module.

This dual SIM handset features 4GB of stock storage and a microSD card slot, apart from a 5MP rear camera and a 2MP front one. Since it’s an Android One phone, it runs the Android 4.4.4 KitKat OS which will supposedly be updated to the next version as soon as the new build is released for Nexus and Google Play handsets.

Here’s a short look at the specs of the Spice Dream Uno Mi-498:

The Spice Dream Uno Mi-498 will be going on sale through Flipkart at 3:30pm today at the above mentioned price of Rs 6299. The other two Android One smartphones, the Micromax Canvas A1 (Rs 6499) and the Karbonn Sparkle V (Rs 6299) will also be made available at the same time, but via Amazon and Snapdeal, respectively. 200MB of free Airtel data will be offered with all of them.