Specs of upcoming HTC One M9 flagship start popping up

After the success of the HTC One M7 and the One M8, a One M9 is almost inevitable which is why it’s no surprise that we’re hearing news about it already. Specs of the upcoming flagship from the Taiwanese company have been leaked out into the open, and they do suggest that a pretty beastly smartphone is in the offing.

The HTC One M9 is nowhere near its unveiling, even as it’s expected to be showcased at the MWC in Barcelona in March next year. But a report about its components is already making the rounds in China, according to GSM Arena which has cited MyDrivers as its source. 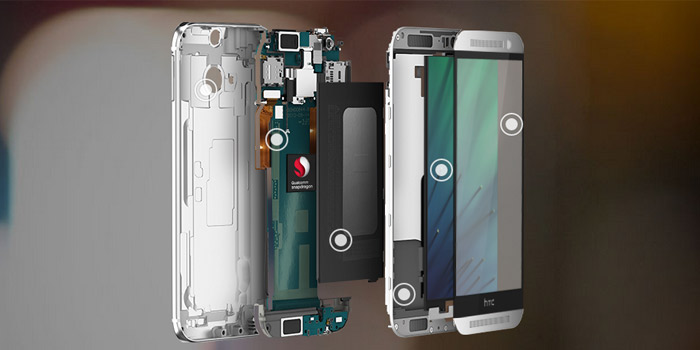 A 5.5-inch display bearing a resolution of 2560 x 1440 pixels is what the new HTC offering is being rumored to possess. This will make it the first smartphone from the company to offer its visuals in QHD resolution. There will apparently be an abandonment of the Ultrapixel camera setup in favor of a 16MP unit.

The One M9 will be seen running on a Qualcomm Snapdragon 805 SoC which features a quad core processor onboard. Furthermore, 3GB worth of RAM is being said to form part of its offerings, apart from a 3500mAh battery pack. Some kind of a Bose stereo speaker setup will be granted to the device moreover.

A look at the supposed specs of the HTC One M9:

The HTC One M9 is still a long way down the road, but now that its rumor train has started chugging you can expect to hear more about it during the months leading up to its launch. And there’s even a Prime version of it that’s rumored to be in the works.