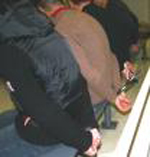 Security giant Sophos has confirmed the news that authorities in the UK and Finland have indeed arrested three men in connection with computer worm attacks.

The British Metropolitan Police’s Computer Crime Unit, the Finnish National Bureau of Investigation and the Finnish Pori Police Department, have arrested a 63-year-old man in Suffolk, a 28-year-old man in Scotland, and a 19-year-old man in Finland. The men, who are all suspected of being members of the m00p virus-writing gang, have been arrested in connection with a conspiracy to infect computers with malware. 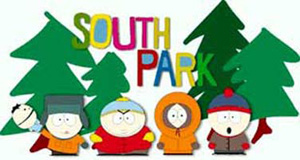 The m00p group has apparently written malware in order to create a zombie network (or botnet) of compromised computers under their control. Analysis by Sophos experts have confirmed that there are many pieces of malware which include references to the 00p gang including the W32/Dogbot spyware worm, Troj/Hackarmy-C, Troj/Santabot-A, Troj/Shuckbot-A, W32/Rbot-BF, and W32/Tibick-A.

References to m00p are also contained inside the Stinx Trojan horse, which was spammed out widely attached to emails with the subject line “Photo Approval Needed”.

The M00P gang is believed to have taken its name from an episode of South Park in which the characters formed a band called ‘Moop’. The episode explored how file sharing affects the music industry.

Graham Cluley, senior technology consultant for Sophos said, “Some believe that the virus writing gang chose the name of their group after an episode of the South Park cartoon series where the characters formed a band called ‘Moop’. The episode involved some non-too-subtle arguments about how filesharing affects the music industry. “However, there is also an episode of the Seinfeld comedy show where the ‘Moops’ are mentioned during a game of Trivial Pursuit against the Bubble Boy. Ironically, the character of the Bubble Boy was the inspiration for another virus in 1999.”

Cluley applauded the UK and Finland police by stating, “The police in the UK and Finland should be congratulated for investigating this computer crime ring and breaking up the gang before it can do any more harm to innocent web surfers and businesses.” He continued, “It’s great to see one less virus writing gang, but the sad fact is, however, that this is probably just the tip of the iceberg. More and more criminals around the globe are being tempted by the anonymity the internet offers to commit their crimes online. A strong message needs to be sent out that those who engage in malicious computer attacks will receive severe punishment.”