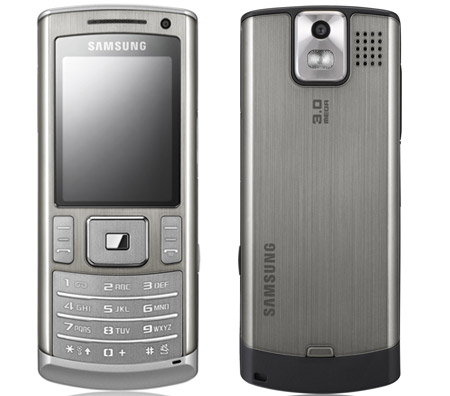 Samsung has announced the launch of the Soulb phone. Soulb is the bar version of the Samsung Soul phone. Just similar to the Soul, the Soulb also features an elegant silver metallic body. The unique attribute of the latest phone is its 9.9mm thickness.

A 3-megapixel camera with Power LED, office document viewer and editor, full speed internet browser and Bluetooth v.2.0 are some of the other features of the Soulb. Besides, it is equipped with 1GB internal memory and microSD slot, which can extend the storage capacity further.

“Soulb is an important stepping stone for Samsung,” said Geesung Choi, President of Samsung’s Telecom Business. “Soulb proves the world that Samsung is not only a predominant leader in selective form factors, but that it continuously seeks after becoming the leader in all variety of form factors, including slider, clamshell and bar.” he continued.

Initially the Soulb will hit the German market in early June. Subsequently it will release in other territories such as Europe, Middle East, Africa, Asia (China), Southwest Asia, Southeast Asia, and South America.