Sorry Gionee, Oppo’s R5 is the slimmest smartphone in the world for now

The Oppo R5 has just knocked the Elife S5.1 from Gionee out of the arena even before it could go official, for the title of the world’s slimmest smartphone. And if you thought that the latter’s 5.1mm design was impressive, the former phone has been trimmed down by almost half a millimeter more.

The Oppo R5 is officially 4.85mm slim and at this point, even the smallest drop in thickness makes a huge difference. Sadly, it might not be carry the title for long as Chionese OEM Vivo is said to be working on a device that’s an entire millimeter slimmer (3.8mm), but it isn’t likely to hit the market any time soon. 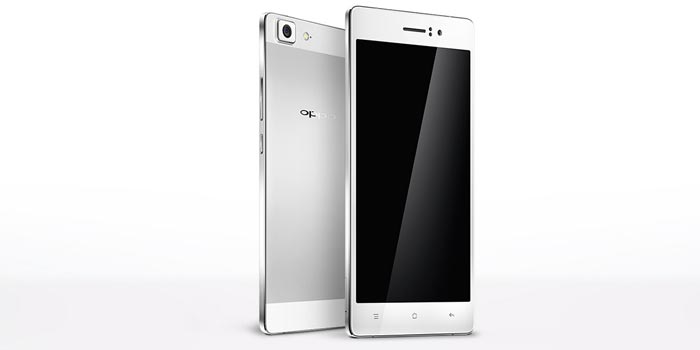 The R5 doesn’t compromise on specs like the Gionee handset. The device features a reinforced industrial grade aluminum alloy micro-arc frame and a full metal design with a new heat dispersal technology. The company has thrown in a 1920 x 1080 pixel AMOLED display of 5.2 inches and even a 2000mAh battery with quick charge support.

Given the phone’s size, we doubt that the battery life will be beyond average, but we’ll only know for sure after some tests are done. And for processing power, there’s a 1.5GHz octa core Snapdragon 615 SOC with 64-bit support. Oppo has even managed to find space for a 5MP front-facing camera and a 13MP Sony Exmor IMX214 rear sensor.

The Oppo R5 is priced at $499 and there’s no word on availability as yet. More information on the smartphone can be found on its official product page.