Google has huge plans in terms of making its search results a lucrative place for retailers. The company already has carousel-type ads popping up when you search for products, but it wants to take things up a notch by letting you buy those products without even entering the retailer’s website.

This is something that’s only meant for smartphone users though. A new program called Purchases on Google has begun testing, and it aims at turning the process of browsing for products into actual shopping in a seamless manner.

Suppose a person is looking for ‘sports shoes’ on their smartphone, clicking on the the resultant ads on the top will directly reveal crucial information about that particular pair of shoes, aside from of course a ‘Buy Now’ button. They’ll then be able to pay and checkout easily thinks to information stored in their Google account.

Since Google will be handling the payments, it has made it clear that the checkout process will be secure. Retailers need not be worried, as they’ll only be needed to pay for clicks on the shopping ads to the product page. All other clicks and interactions on the product page will be on Google.

Also Read: Google Photos leaves absolutely nothing to be desired as far as image storage is concerned

Facebook and Pinterest have rolled out similar features on their own websites as well. And with the Mountain View-giant already have joined the league as well, it’s a win-win for both customers as well as retailers. 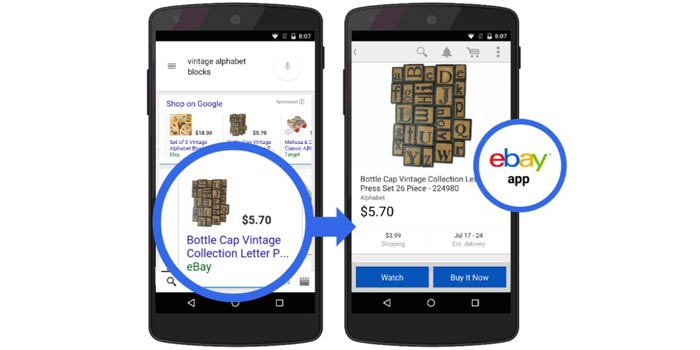 Google observed that in 2014, mobile devices used before or during shopping trips influenced around one trillion dollars in-store sales in the US alone. It’s hence safe to say that shopping on smartphones is the future, and this also goes on to provide credence to Flipkart’s decision to go app-only this September.