Android 5.0 Lollipop may have reached a number of other flagship smartphones, but the Sony Xperia Z3 as well as its predecessor the Xperia Z2 are still to receive the new software. Owners of these devices it seems won’t have to wait for long, as a report is telling us that the upgrade will be issued as early as later this month.

This stands true at least for Australia, as the news has sprouted from a leaked internal document from Vodafone Australia. As revealed by the Xperia Blog, this page shows the schedules and current statuses of a few devices sold by the carrier, with two among them being the Sony Xperia Z2 and Z3. 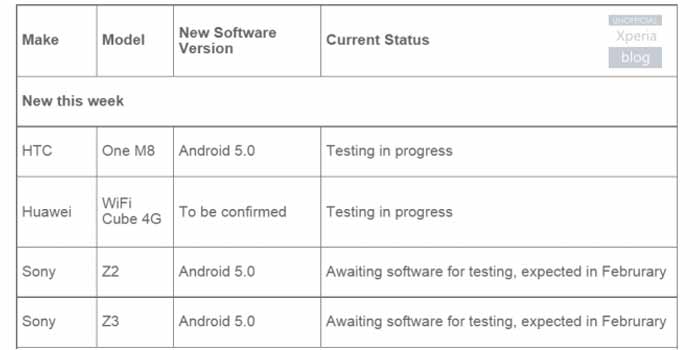 The status messages for both these Sony phones read ‘Awaiting software for testing, expected in February.’ And there are no prizes for guessing that the software being referred to is Android 5.0 Lollipop.

Like always, the company will be garnishing this release with its own Xperia UI improvements which is probably what has led to the delay. Features that will definitely form part of the rollout include the revamped notifications system, the new ART runtime for apps, battery improvements, a guest mode and more.

Also Read: Sony wages price war in India with up to 14% cuts on Xperia phones

The Z3 was launched by Sony late last year, and is currently the flagship phone of the company. It comes equipped with a 5.15-inch full HD monitor and runs on a 2.5GHz quad core Snapdragon 801 processor. 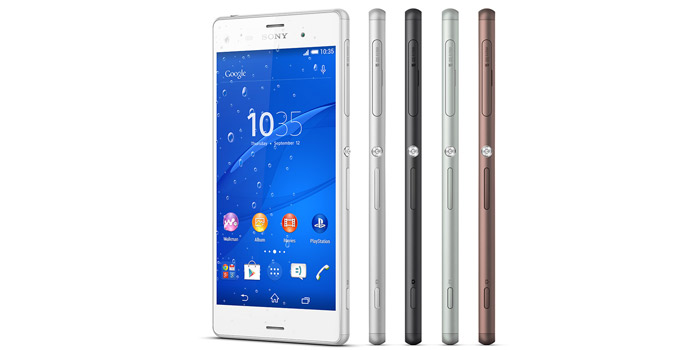 February is already here, so owners of the Sony’s Xperia Z2 and Z3 can start expecting their Android 5.0 Lollipop treats now. We’ll have more on the matter when additional details are out in the open.