Sony’s Xperia Z1 is headed stateside, at least for T-Mobile

Following the footsteps of its predecessor, the Xperia Z1 from Sony is headed to T-Mobile in the states. The carrier is yet to confirm the handset’s arrival, albeit you can expect it to reach the company’s online store first, at least with HSPA+ connectivity.

Obviously, the T-Mobile variant will have 4G LTE and as with the Xperia Z, the new flagship could arrive with a permanently locked bootloader. A press render of the handset carrying the provider’s branding was put up on the internet by the one and only, @evleaks. The Z1 is the second flagship from Sony in 2013. It features some of the technologies that were introduced with the Z Ultra phablet, including the new touch panel and processing engine.

The Xperia Z1 dons a 5-inch Triluminos display with X-Reality for mobile. The screen proffers 1080p visuals and is accompanied by a 2MP camera. The handset is also fitted with the company’s G Lens snapper of 20.7MP on the rear backed by Bionz for mobile. Android 4.2 Jelly Bean is behind the wheel here with a 2.2GHz quad core Snapdragon 800 processor delivering the steam.

The Xperia Z1 also has 2GB of RAM, 16GB of storage and a microSDXC card slot. Design-wise, the device is slightly thicker than its predecessor at 144.4mm x 73.9mm x 8.5mm and it weighs more as well, at 169 grams. The phone features an IPX5 and IPX8 water-proof form factor. 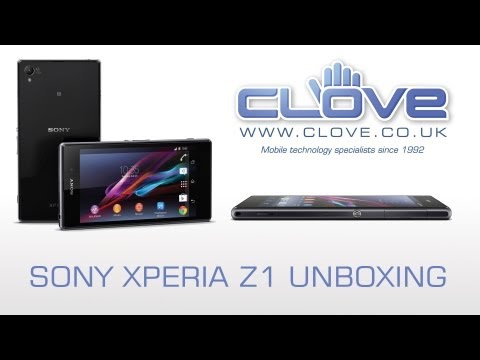 If you can’t wait for T-Mobile to officially launch the Xperia Z1, you can currently purchase the handset unlocked through Negri Electronics for $719.50 and GSM Nation for $749. Both models have 4G LTE connectivity and they should play nice with T-Mobile and AT&T networks.