A few months back, a report surfaced stating that Sony is planning to launch a Wi-Fi only version of its popular Xperia Z Ultra phablet. And since the device has already acquired FCC certification, we haven’t heard anything about it until now. Well, thanks to the AnTuTu benchmark suite, we now have more information regarding the it.

By the looks of things, Sony might sell this version of the Xperia Z Ultra as a mini tablet designed for entertainment and gaming. On the FCC filing, it is listed under ‘portable UMPC devices ‘and not mobile phones, states a post on the AnTuTU website. This would mean that calling capabilities over cellular could be excluded along with the earpiece above the display. 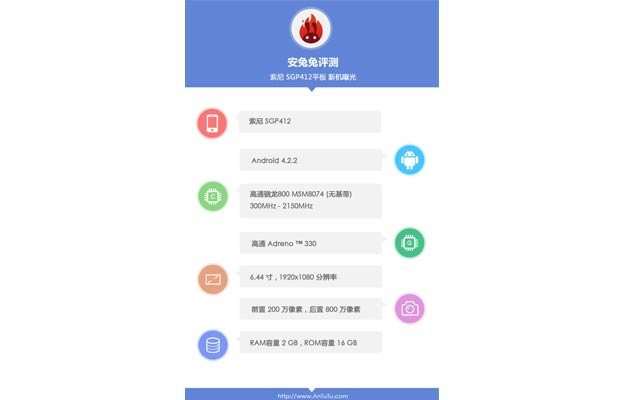 The Xperia Z Ultra Wi-Fi was spotted under the SGP412 model number and it managed to achieve a mouthwatering score of around 35,000 points on the benchmark suite. Apart from this, a good deal of specs were revealed. The handset is powered by a quad core Snapdragon 800 SOC clocked at around 2.1GHz and it features dual cameras, a 2MP front webcam and 8MP rear snapper. The source highlights that the device will have 32GB of storage, while the image shown above depicts 16GB of memory. The former could be a typo. 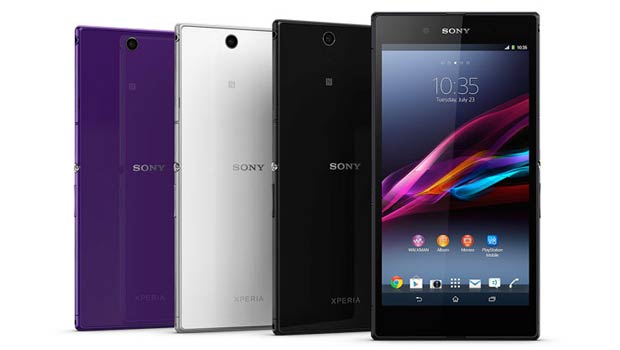 We recently reported that Sony is working on two new flagship devices, one smartphone and a tablet. The handset goes by the codename Sirius, while the tablet is being referred to as Castor. Both devices are expected to go official at the MWC 2014 next month and that’s where we expect to see the Wi-Fi only Z Ultra go official.