Just yesterday, we seen hardware details for the Sony Xperia Tablet Z2 get leaked online and now, images of the slate have also appeared through multiple sources. Going by the codename Castor, the device looks a lot like its predecessor, but it will have a slimmer form factor.

The first press shot comes from the same source that provided the specifications yesterday, EvLeaks. Twitter user Gadget Leaks, however, has a variety of images showing different angles of the Sony Xperia Tablet Z2. The slate’s design has been tweaked compared to the previous model. The headphone jack is now out in the open instead of being hidden under a flap and the charging strip is now magnetic. Also, the thickness has been reduced to just 6.4mm from 6.9mm.

The previous tablet from the Japanese conglomerate carried a FHD display and the new one will also have a 1920 x 1200p screen. You can expect the panel to be an IPS one with the company’s Triluminos branding. The Sony Xperia Tablet Z2 will be powered by a quad core Qualcomm Snapdragon 800 processor that’s clocked at 2.3GHz.

Accompanying it are memory provisions of 3GB RAM and 16GB storage. The Sony Xperia Tablet Z2 will still have an 8MP rear camera and a 2MP front webcam, as well as the same battery capacity of 6000mAh. This goes without saying that the form factor will be waterproof and dust-resistant. 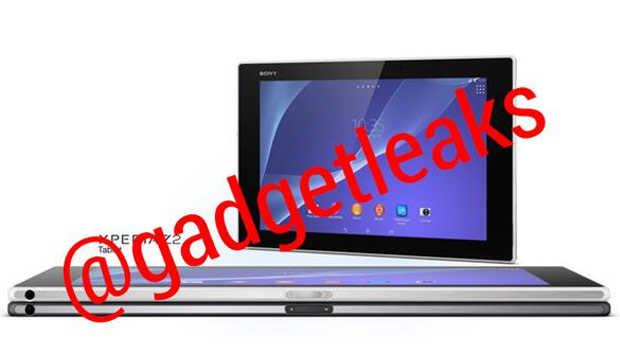 Apart from the Sony Xperia Tablet Z2, the company will launch various new devices at the MWC 2014 including mid-range handsets and a new flagship smartphone. You can check out the rest of the leaked images at this link. 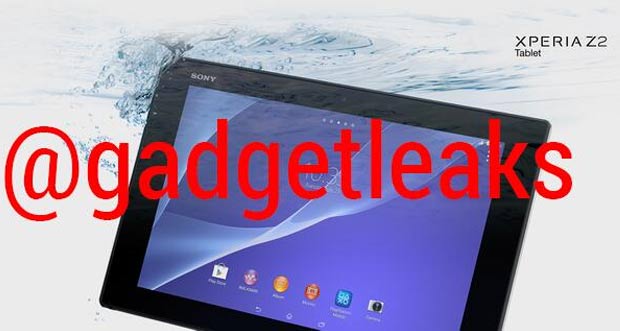