Sony India has announced that its Xperia T3 which is being touted as the slimmest 5.3-inch handset has been launched in India and it will go on sale starting next week. The phone which is a mid ranger at its best is tagged at Rs 27990 which is rather high considering that the T2 Ultra phablet and the more powerful as well as water-resistant Xperia Z are available for much less.

The Sony Xperia T3 was launched just last month and it was even rumored to reach India towards the end of July. While the pricing may be a downer, the phone is a pretty alluring one featuring a slim design of just 7mm. It’s also quite lightweight, tipping the scales at 149 grams. 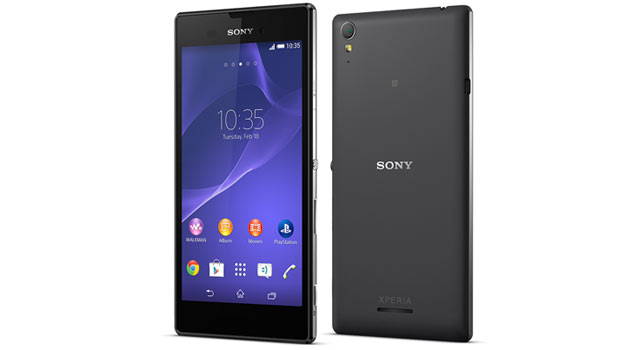 The handset isn’t water-resistant like the ones from the flagship series, but it does tag along the same OmniBalance design approach where the majority of components are hidden under flaps. The device was launched as a 4G phone, but it will only support HSPA+ networks in India. Also, there’s no dual SIM version for this release.

The 5.3-inch screen on the front offers 720p visuals and is backed by Sony’s proprietary software such as Bravia Engine 2 and Triluminos display. The phone is amongst the few from Sony to arrive with Android 4.4 KitKat out of the box featuring the company’s refined UI and the latest enhancements from Google.

While Rs 27990 is the official price for the Sony Xperia T3, the handset is currently available for pre-order through Flipkart for Rs 26990 in white, black and purple options. The device will hit retail stores starting Monday.