Latest word out on the street is that the Xperia T2 Ultra phablet from Sony is headed stateside and it will be made available through T-Mobile. The smartphone was launched back in January after the CES 2014 expo took place and it made its debut alongside the entry-level Xperia E1 that’s currently only available for purchase in India.

The Sony Xperia T2 Ultra has also gone on sale in India for Rs 32,000, but is yet to be officially announced by the company. The handset is even up for pre-order across Europe and news of it reaching T-Mobile in the US comes via the reliable EvLeaks. The Xperia T2 Ultra is slightly smaller than the Z Ultra and it competes against Nokia’s Lumia 1320 and Samsung’s Note 3 Neo as well as the Mega series. 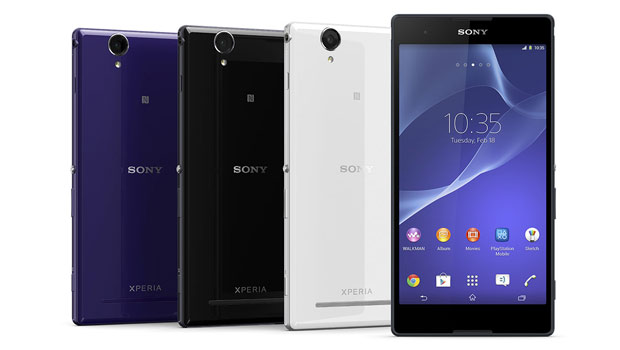 The smartphone has a 6-inch Triluminos display that offers visuals in 720p HD resolution backed by Bravia Engine 2. The handset also sports a 13MP Exmor R rear camera which is the same on found on the Xperia Z1. Sony has fitted various features in the T2 Ultra including 4G LTE and NFC. However, it has skipped the iconic water- and dust-resistant design. The phone comes with Android 4.3 Jelly Bean and it’s powered by a quad core 1.4GHz processor.

Here are the key specifications of the Xperia T2 Ultra:

There’s no word on when the Sony Xperia T2 Ultra will go on sale in the US via T-Mobile. Additionally, you can expect it to be available through the company’s online store beforehand.

Facebook
Twitter
Pinterest
Linkedin
ReddIt
Tumblr
Flip
Previous articleMoto X will be exclusive to Flipkart, wooden options inbound, but no Moto Maker
Next articleUnlocked HTC One gets its price slashed by $100 in the US