Sony’s Xperia E4 smartphone is official and first in the series to run Android 5.0 Lollipop

Sony first smartphone for 2015 has been officially launched as the Xperia E4 and while the phone is an affordable release, it gives us a peek into the company’s new OmniDesign language. The device has been extensively leaked over the months, so we already know a lot about it and the formal unveiling only confirms the previous information.

As you can see, the Sony Xperia E4 takes on a fresh look compared to its predecessor and also other members in the 2014 lineup. The phone flaunts curved sides and slimmer bezels for an overall premium look. The official specs sheet says that the handset runs on Android 5.0 Lollipop which makes it’s the first from the OEM to offer Google’s latest mobile OS. 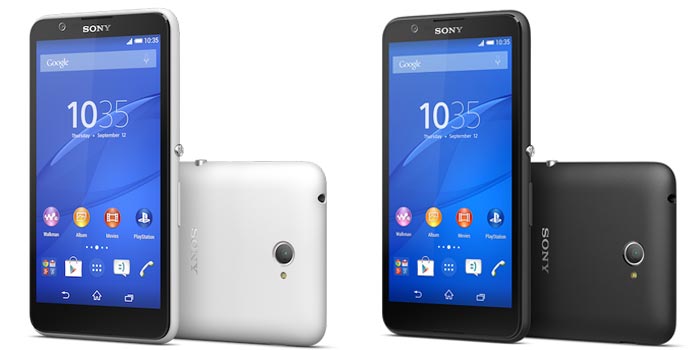 Being a budget-minded release, Sony is touting the phone towards entertainment buffs. The handset comes with a generously sized 5-inch IPS display with qHD visuals which is a good improvement over its predecessor’s 4.5-inch screen. Additionally, the phone is powered by a 1.3GHz quad core processor with 1GB of RAM and 8GB of expandable storage.

The main highlight of the Xperia E4 is its battery life. The company notes that the handset can deliver 2 days of usage through its 2300mAh power back. The official estimates start at around 12 hours and 43 minutes of talk time or up to 6 hours and 42 minutes of video playback. The Ultra STAMINA Mode is also onboard to enhance activity time.

The Sony Xperia E4 smartphone will go on sale this month itself in single and dual SIM options.