While we’re still patiently waiting for a new Sony flagship, there’s a good chance that the Xperia Cosmos will arrive sooner. And word out is that the phone will be branded as the Xperia C4, according to a renowned leakster. However, there’s still no word on when it will be released.

The naming looks apt considering that the device is selfie-oriented and will also be the successor to the Xperia C3 which was the first from the company to carry a high-resolution front camera with an LED flash. Twitter user @Upleaks who’s behind the never-ending leaks of HTC devices is the one to confirm the Sony Xperia C4 moniker. 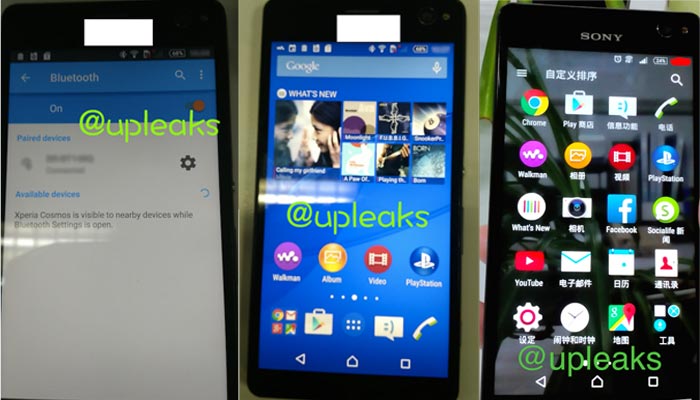 The leakster’s sources haven’t been disclosed, but given the accuracy of previous content, there’s a high chance of the information on the Sony phone being the real deal. Yet, we’d recommend taking the news with a pinch of sale, at least until we get more details.

The image you see above is of the Xperia C4 (Cosmos) smartphone and if you look closely, you’ll notice a large sensor on the top-right corner along with an LED flash. Previous reports have disclosed that the snapper will be rated at 5MP just like on the Xperia C3. Overall, the phone will be a mid-range release powered by a MediaTek processor.

Here’s a refresher of the Sony Xperia C3’s specs:

Seeing as the Xperia C3 went official in July, the Sony Xperia C4 could arrive around the same time or by the end of Q2.