We’ve seen multiple OEMs deliver products which take advantage of the selfie trend and Sony is jumping onboard with a smartphone of its own that’ll most likely be called the Xperia C3. The company plans to unveil the device tomorrow and has posted a teaser about the launch on its Twitter account.

The image shows a group of people taking a selfie presumably from the phone in question. The words ‘Get the full picture tomorrow’ are also mentioned along with the date, while the post’s description reads ‘See your selfies in a whole new light.’ It’s pretty obvious that the company is talking about a phone with a high-performance front-facing snapper which should deliver enhanced low-light imaging. 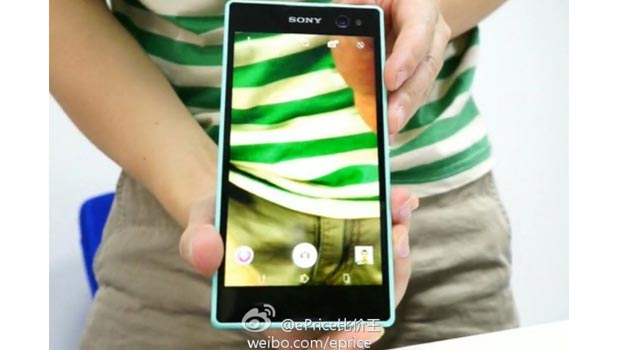 And the possibility of the device having a flash on the front has been confirmed thanks to leaked images from ePrice and Digi-wo. An LED flash is clearly visible next to the front camera which we’re presuming will be an 8MP Exmor RS sensor. The phone will most likely be a mid-range one and it looks to be over 5 inches in size. Design-wise, it has the trademark Sony look with thick bezels and the rear panel will be removable.

Xperia Blog points out that the battery here will be of 2500mAh. Apart from this, there’s no other information on the device. Since there’s only a day left to go, here’s our best guess on the hardware. The phone should feature a 720p HD display with 1GB of RAM and a quad core processor which will most likely be the Snapdragon 400, but there’s a possibility of seeing a MediaTek chip onboard. 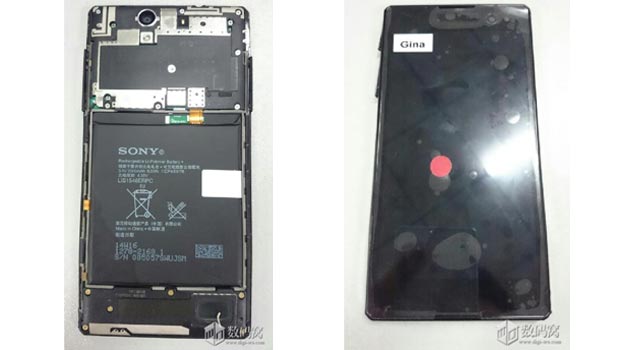 Since it’s going to be a selfie phone, the Sony Xperia C3 will obviously be targeted at a young audience, so expect to see it in multiple shades and with an affordable price tag.