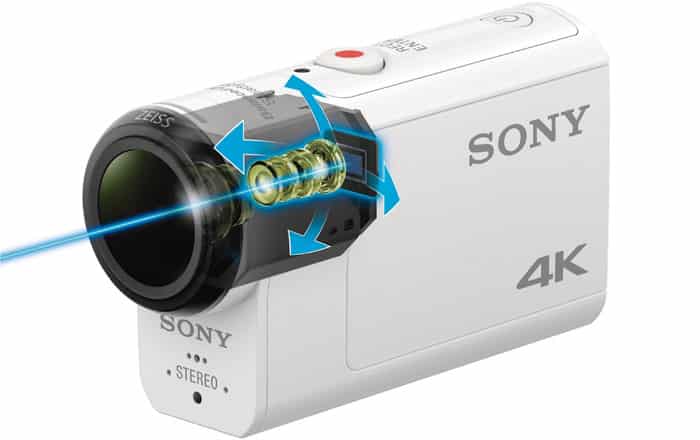 Sony has added two new additions to its Action Cam series in the form of the FDR-X3000 and HDR-AS300. Both come with the brand’s Balanced Optical SteadyShot (BOSS) system, a souped-up name for optical image stabilization (OIS).

Most action cams in the market surprisingly don’t offer OIS, opting for electronic image stabilization (EIS) stabilization instead. The latter is purely software-based, digitally smoothing out video by cropping the footage and cutting down on the resolution. Sony’s new offerings could change that since the cameras go for a mechanical approach.

The FDR-X3000 and HDR-AS300 are primarily distinguished by the fact that the former can record 4K videos while the latter opts for 1080p. All-in-all, the two look similar and offer a common set of features. Both also sport face detection and a new-and improved menu system.

The FDR-X3000 will likely have to battle against models like the GoPro for dominance in the rugged camera market sector. The brand has equipped it with specifications like a Zeiss Tessar wide-angle lens to shoot landscapes with less distortion, 1/2.5-type 8.2M Exmor R CMOS sensor, and Bionz X image processor.

As far as toughness goes, Sony asserts the device is splashproof, freezeproof, dustproof, shockproof, and waterproof up to 60m. It’s also launched an upgraded version of its Live-View Remote which it claims is 30% smaller than the gadget’s predecessor. The product works as a mountable controller which can be paired with a number of accessories such as Finger Grip.