Leaks and rumors have made it clear that Sony has been working on a new selfie-focused smartphone and that device has now been officially unveiled as the Xperia C4. The handset is everything it was rumored to be and a good improvement over last year’s model as well.

The Sony Xperia C4 was leaked multiple times as the Xperia Cosmos. Along with hardware information, we also got images of the device which gave us a good look at the design. Well, the phone certainly looks a lot better compared to what we seen in those low-res pictures and it implements the new OmniDesign approach which was first showcased with the Xperia E4.

The new Sony phone has a 5MP Exmor R sensor on the front with a wide-angle lens. Additionally, the company has added a dedicated LED flash to provide more lighting when taking selfies in low-light conditions. 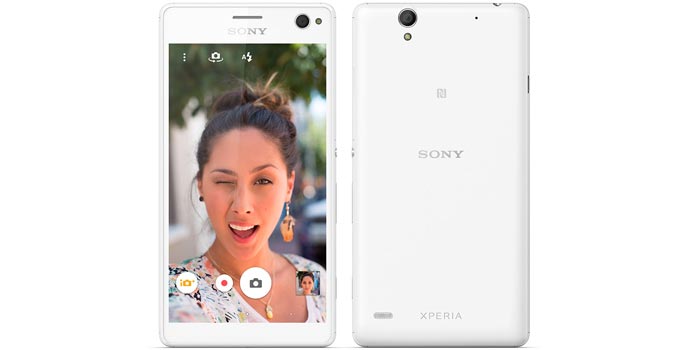 The main camera here is a 13MP shooter on the rear which is also accompanied by an LED flash. Compared to last year’s model, the Xperia C4 offers a better display of 1080p resolution. The screen is still a 5.5-inch LCD panel.

The Sony Xperia C4 will go on sale in select markets from June in single and dual SIM options.