Sony has amazed us as it has started rolling out Android 4.4 KitKat for the Xperia E1 and E1 Dual smartphones. If you don’t already know, the two handsets are entry-level ones and fall at the bottom of the pack.

It’s quite interesting that Sony has upgraded its most affordable smartphones from the 2014 lineup to Android 4.4 KitKat. And that’s mainly because the majority of OEMs avoid spending resources in releasing major software updates for such devices and they’re mostly left on the same platform available at launch. 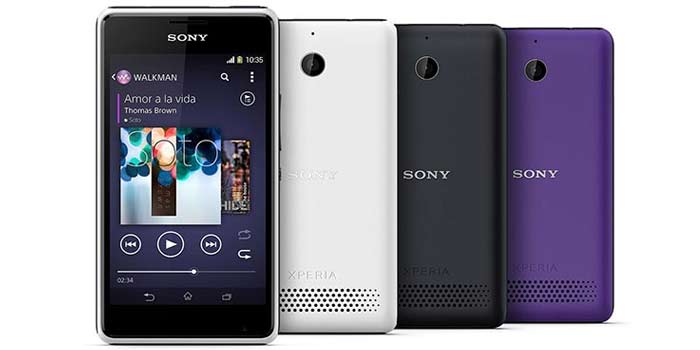 The latest actions are nothing more than reassurance that the company will support even the low-end products. However, this isn’t going to sit well with customers with higher-end handsets like the Xperia SP which is yet to receive confirmation about its update to Android 4.4 KitKat. The Sony Xperia E1 and E1 Dual are aimed towards music buffs as they come with a speaker capable of up to 100dB audio output as well as the company’s exclusive apps and audio enhancements.

With the new firmware, the smartphones will deliver better performance and a fresh UI including a tweaked Status Bar and Quick Settings menu. You’ll also be able to download Xperia Themes and there’s an option to move apps to SD preloaded. Head over to the company’s official blog for an entire changelog.

Once the Android 4.4 KitKat rollout for the Xperia E1 and E1 Dual is completed, Sony will start seeding the latest update for the Xperia M2 single and dual SIM smartphones.