While Lollipop has been delayed multiple times for HTC’s GPe phones, the update is now rolling out for Sony’s Z Ultra Google Play edition handset. Neither has the Japanese OEM nor Google officially revealed that the new firmware is available. And as you’ve probably guessed, there’s no changelog either.

So there’s no info on what new features Lollipop brings to the Sony Z Ultra GPe, except for the enhancement and attributes revealed by Google. You can expect to find some of the company’s proprietary media applications onboard, but no excessive bloatware. 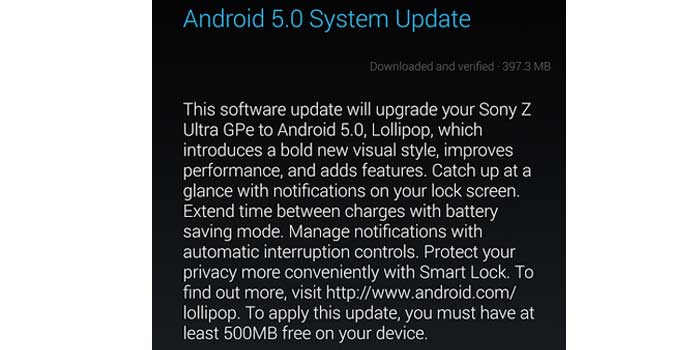 And the system update UI (image curtsey of Android Central) highlights that the phone will be treated to a new visual style, better performance, lock screen notifications, Smart Lock for better privacy and a battery saver mode. The latest OS is being seeded to the smartphone over the air and is just under 400MB in size. Also, you’ll need around 500MB of free internal disk space to apply the update.

Coming to the One M8 and M7 GPe handsets, Mo Versi, HTC’s VP of Product Management, has disclosed via Twitter that Google is yet to give the green light to commence the rollout and that’s expected to happen soon. The company had initially scheduled to make Android Lollipop available in the third week of November, but failed to do so owing to delays. 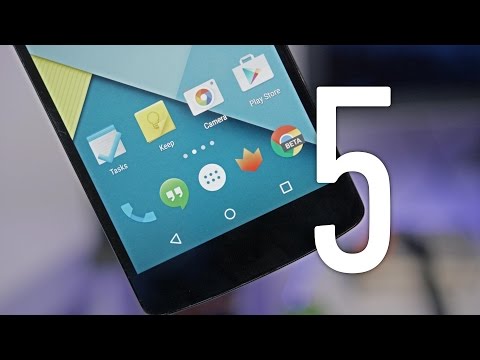 HTC has already promised that its non GPe flagships will get the update to version 5.0 within 90 days of receiving the source code. Based on this, it’s safe to say that the final release with the Sense UI onboard will arrive by the end of December or early January.

Seeing as the Sony Z Ultra GPe is already getting the update to Lollipop, HTC’s phones should also get the new firmware this week.