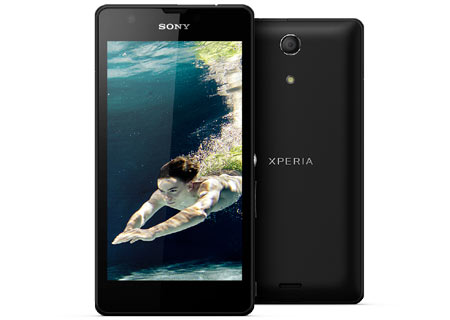 The previously rumored Sony Xperia ZR has been officially launched by the company and so, we can put one mystery to rest. However, there are still a couple of high-end devices out there, the C670X and C6802, which the company is keeping close to its chest.

By the looks of it, the smartphone in question is a combination of the latest flagship and its slightly smaller variant. Design-wise, it looks a lot like the ZL, but its main attractions come from the Z. The company states that the handset is water-resistant meeting IP55 and IP58 standards. This means users will be able to submerge it at up to 1.5 meters (0.5 meters more than the Z) for a period of up to 32 minutes. 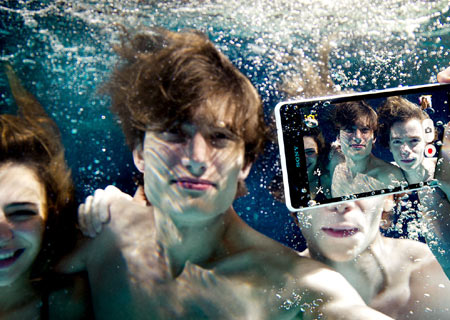 Touting underwater capture as one of its main highlights, a dedicated camera button has been placed on the side for convenient access. Speaking of which, the phone features a 13MP Exmor RS sensor with 1080p FHD recording and HDR for photos as well as videos. Additionally, the physical camera key allows users to snap up a still right from the lockscreen.

Scheduled to arrive in color options of black, white, pink and mint, the handset is fitted with a 4.55-inch OptiContrast HD Reality display powered by mobile Bravia Engine 2. It measures 10.4mm thick and weighs 140 grams. The Android 4.1 Jelly bean platform arrives preloaded and a 1.5GHz Qualcomm Snapdragon S4 Pro SOC is fitted on the inside to get things moving. The chipset features 2GB of RAM and the Adreno 320 GPU which are also found in the current flagship.

Buyers can expect to find the Battery Stamina mode onboard as well, with a host of Sony exclusive applications such as Walkman, Album, Movies and more that are part of the company’s unified UX. 8GB of memory is provided for basic storage, while a microSD card slot enables expansion of up to 32GB. The device is 4G LTE enabled and also carries PlayStation certification. 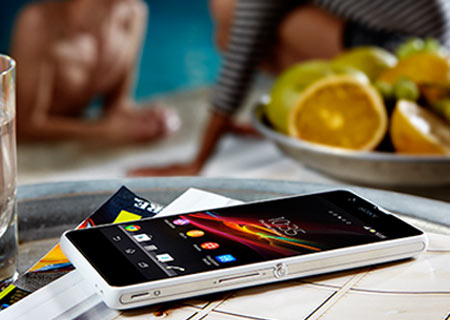 The Sony Xperia ZR is scheduled to go on sale globally by the end of Q2 2013. Price and release date details haven’t been disclosed as yet.