Sony is apparently up to something big, and by ‘big’ we really mean big as its upcoming Xperia Z5 is being tipped to feature a 5.5-inch 4K display. That’s a resolution of 3840 x 2160 pixels which is four times that of a 1080p display, and is able to produce a mind-numbing pixel density count of more than 800ppi.

Smartphones bearing 4K displays have been on the horizon, but it will be a bit surprising to see a Sony Xperia device being the first one to grab such a panel. That’s because the company is still to embrace the Quad HD standard wholeheartedly.

This news has come via a leak from the unofficial Sony Georgia Facebook page (Translation needed) which claims to possess a plan of all that will be unveiled by the company at its IFA press conference in Berlin on September 2. The Xperia Z5 Prime with its 4K display isn’t the only surprise in this list however. 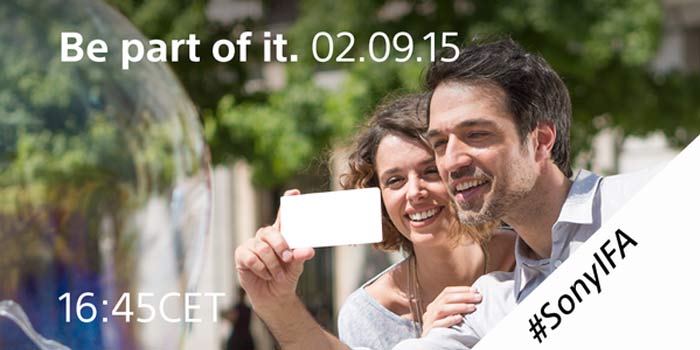 It has been revealed that three handsets in total will be unveiled at this gathering. First among them will be the Xperia Z5 Compact. This device is expected to grab a 4.6-inch 720p HD display. Its larger cousin named Xperia Z5 will bear a 5.2-inch 1080p full HD monitor though.

Ant then, there will be the Xperia Z5 Prime or Premium (depending on markets perhaps) which will ship with a 5.5-inch 4K display. It has also been revealed that these three smartphones will ship with 23MP cameras bearing 0.1-second autofocus, an f/1.8 aperture and phase detection autofocus. They have also been revealed to feature fingerprint scanners by previous leaks.

All the details regarding the existence of these new Sony Xperia Z5 variants will definitely be cleared out at the company’s September 2 IFA event in Berlin.