Two highly anticipated Sony smartphones, the Xperia Z4 flagship and the Xperia C4 selfie phone, have been leaked yet again. And this time, we’re getting a look at the duo through new high resolution images from multiple sources.

Let’s start with the Sony Xperia C4 a.k.a Cosmos smartphone. We’ve already seen multiple images of this handset leak out, but the recent ones from Upleaks and Xperia Blog offer a clearer look at the smartphone. As you can see in the picture below, the handset is shown to carry a large sensor on the front which is apparently rated at 5MP or higher. 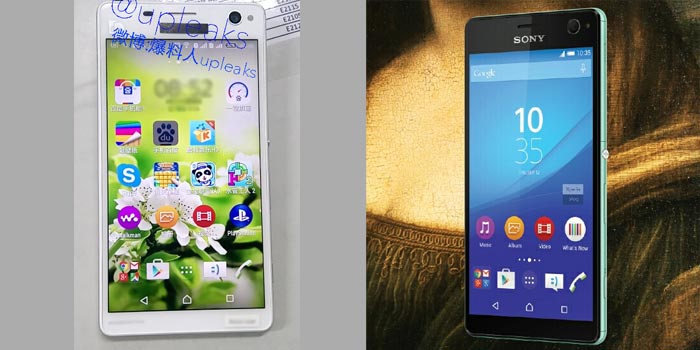 There’s also an LED flash just to its side for taking selfies in low-light conditions. The images confirm that Android 5.0 Lollipop will come preloaded with the Sony smartphone. There isn’t a lot currently known about the device’s hardware, but features such as a MediaTek MT6752 processor and Mali-T760 graphics have been doing the rounds.

Next, we have the Xperia Z4 flagship which is no stranger to leaks either. We’ve already seen press renders of the handset show up and the new hands-on pictures (via CnBeta) also paint a very similar picture, adding to their authenticity. You can clearly see that Sony has gone for a glass finish on both front and back panels. 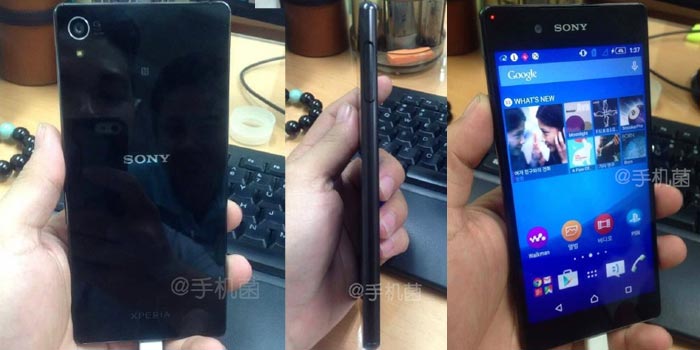 Here’s what we know about the Sony Xperia Z4’s specs:

What’s also evident from the newly leaked images is that Sony is still not ready to part with bulky bezels surrounding the display. The Xperia Z4 flagship and Xperia C4 smartphone are most likely to go official in the next couple of months.