At recent the IFA 2014 expo, we saw the launch of Sony’s new range of flagships in three different segments in the form of the Sony Xperia Z3, Z3 Compact and the Z3 Tablet Compact. And we now have confirmation that all three of these devices are destined for a US release soon enough.

This is of particular concern to those who had suffered the long wait that it took Sony to release the Xperia Z2 in the country. The Z3 range has started being listed on the company’s official site, and interested folks can even pre-register for buying them. 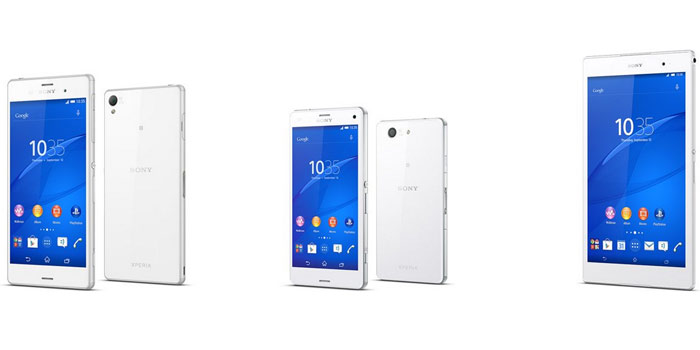 It is now confirmed that the both the new Z3 smartphones as well as the tablet will be landing in the US in unlocked forms. And while we know that T-Mobile will only be offering the Xperia Z3 in the future, there’s really no news on whether other carriers are planning to dish out these products or not.

Sony has added lots of small upgrades to this new series of smart products. Prime among them is the ability to work with the PS4’s Remote Play feature. They have thinner bodies than their precursors, but still retain their water and dust proofing abilities.

While the Sony Xperia Z3 comes with a 5.2-inch full HD display, its Compact model bears a 4.6-inch HD monitor. The Z3 Tablet Compact on the other hand, kicks in an 8-inch 1200 x 1920 pixel panel. All three of these gadgets run on the Qualcomm Snapdragon 801 chipset bearing a quad core processor.