While Sony’s new flagship phone is soon to reach carriers and its compact version has already gone up for grabs unlocked, the Xperia Z3 Tablet Compact is now being made available in the US. The slate is currently being offered for pre-order through the company’s online store and it’s tagged at $499.99.

What you should know is that this model has 32GB of inbuilt storage and offers Wi-Fi connectivity only. Xperia Blog points out this is the only SKU being offered which means that the cellular option may arrive in the near future or could land up being exclusive to carriers. There’s nothing concrete at this time though. 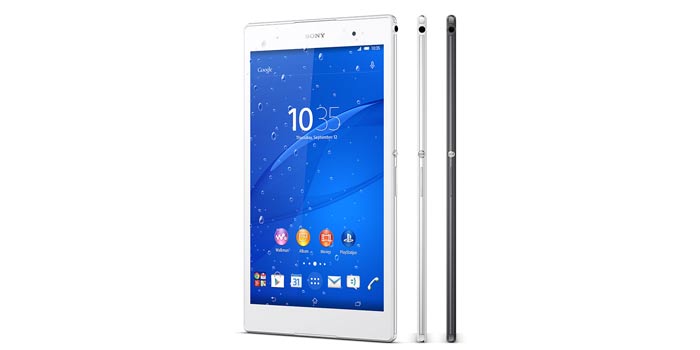 The Wi-Fi model also means that there won’t be voice calling over cellular support onboard, but the rest of the features will remain the same. The Sony Xperia Z3 Tablet Compact dons a water- and dust-resistant design like its siblings and it’s a smaller version of the Xperia Z2 Tablet (the Z3 Tablet doesn’t exist).

The device falls in the 8-inch category with a 1920 x 1200 pixel IPS LCD panel. Dual cameras have been provided with a 2.2MP snapper for the front and an 8.1MP Exmor RS sensor on the rear. On the inside, the hardware used is basically the same as what you’d find on the flagship smartphone.

The Sony Xperia Z3 Tablet Compact can be pre-ordered through this link in white only.