We’ve been seeing Sony’s Xperia India Twitter account post teasers of the Xperia Z2 Tablet for a few days now and the slate’s launch in the country is a step closer as it has been listed on the company’s website. There’s no release date for the device as yet, but a price of Rs 49990 has been mentioned along with cellular support.

The Sony Xperia Z2 Tablet is amongst the best Android slates of this year. The device comes with a lightweight design which is also the slimmest there is in its category. It tips the scales at 426 grams and measures just 6.4mm thick which is 0.2mm slimmer than the Samsung Galaxy Tab S series which went official in India today itself. 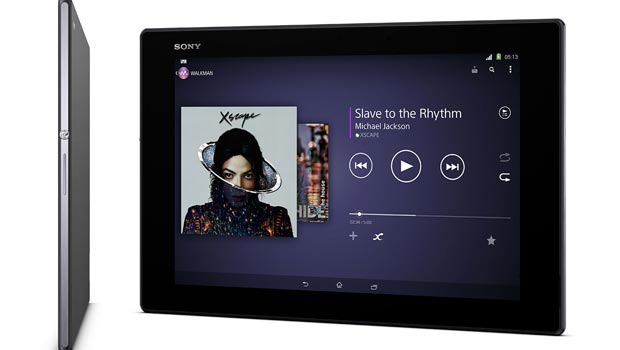 Like its predecessor and smartphone counterpart that’s selling for around Rs 45,490, the tablet features a water- and dust-resistant design. For a 10.1-inch tablet, it does have rather large bezels, but a gorgeous display of WUXGA 1920 x 1200p resolution. The slate also packs some serious hardware on the inside along with Android 4.4 KitKat.

Where battery life is concerned, the embedded cell can deliver up to 13 hours of video playback or around 11 hours of Wi-Fi web browsing. There’s also the possibility of it having 4G LTE support, but that hasn’t been confirmed as yet.

Here’s an overview of the Sony Xperia Z2 Tablet specs:

We expect Sony to formally launch the Xperia Z2 Tablet in India during the next few days.

Update: Infibeam has the tablet in stock and is sell it at 49,990. Sadly, there’s no 4G support mentioned.