We’re reaching the end of 2013 and as a new year is upon us, new flagship devices from major OEMs will also be making their way into the later stages of development. We recently seen HTC’s M8, the successor to the One handset, and now, we’re seeing a new handset from which will relieve the Xperia Z1 from its duties.

Well, the recently leaked handset isn’t exactly new. In a turn of events, Xperia Blog states that the Xperia Z1S isn’t what we all have believed it to be – A compact version of the Z1. Instead, the website notes that it could be a successor to the current flagship. A new image of the handset has surfaced via Digi-wo where the Z1S is being held with the current flagship. 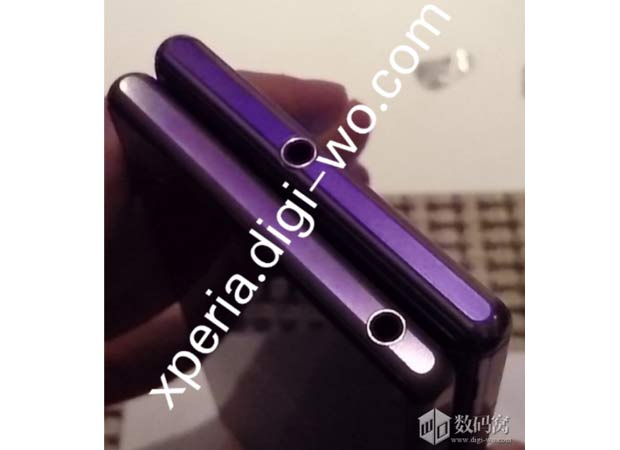 By the looks of it, the Z1S could be slightly larger than the Z1 and the placement of the 3.5mm audio jack matches that of the previously leaked images from @evleaks. Where the mini version is concerned, its international branding is still a mystery and Sony will probably keep it to the same Z1f which is being used for the Japanese variant. You can read more about it by clicking here.

Just to be clear, the possibility of the Xperia Z1S being a new flagship and not the mini version of the current one is still a rumor. What’s clear here is that the image shown above is certainly of a large handset that has be same audio jack placement as the previously leaked images. This could be Sony’s new design approach.

If this report is proven to be authentic, the next Xperia flagship will continue to rock a 20.7MP Sony G lens camera and the screen size could be increased a bit. Also, could the Japanese conglomerate jump onto the 2K display bandwagon like other OEMs?