Sony may be reluctant to show us any more than one corner at at time when it comes to the Xperia Z1 Honami aka Xperia i1. But press shots of the long rumored smartphone have leaked, finally giving us a good glimpse of the back and front panels of the device. At the same time, Sony’s latest teaser (the third one so far) on Twitter has us confused. Both pictures don’t seem to agree. Spot the difference? 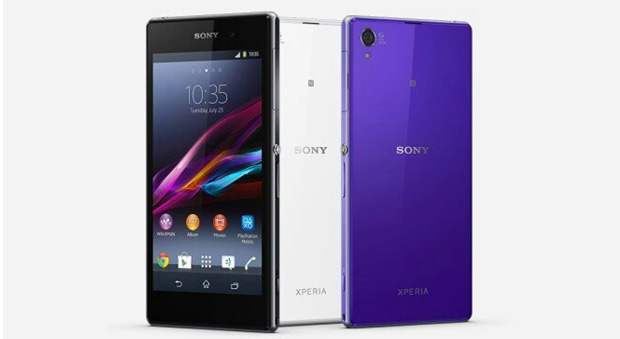 The official Xperia teaser displays a G beside the camera sensor, while the sneak shot of the device depicts some lettering below the alphabet. There are two ways of seeing it – both are real and one of the two is a close render of what the body will actually look like or the unofficial photo is a complete fake. But if one thing has been confirmed, it’s that a G Lens will be powering the phone’s photography abilities. The inclusion of the G Lens technology which is used in Sony’s point-and-shoots and DSLRs, automatically means that the Honami’s camera will be one to be reckoned with.

And speaking of the sensor, the reason we’re excited is because there are whispers about Sony putting a 20MP 4K camera on the smartphone. A waterproof audio jack and chassis make it to the specs sheet too. The rest of the details covering a 5-inch screen, 2GB RAM, quad core Snapdragon 800 chip and 16GB onboard memory are merely the stuff of speculation right now. Purple, black and white color options may also be available.

GSM Insider who posted the leaked press shot, also has images of the phone’s metallic frame courtesy of ETrade Supply. They’re not much to look at and only serve to assert that Sony will indeed be using metal in order to craft a robust Honami. Well, we’ll know for sure once the IFA unfolds.

UPDATE: Here’s a teaser video that Sony has just released