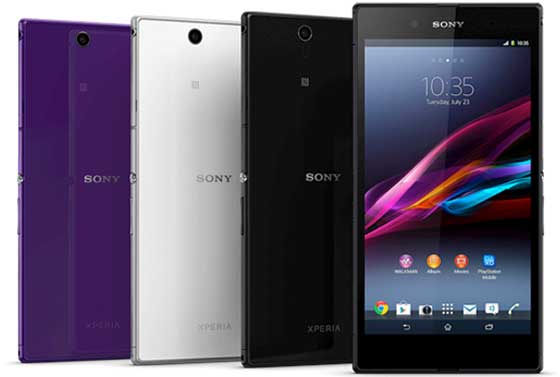 Pre-orders for the massive 6.44-inch Sony Xperia Z Ultra have begun through online shopping outlets across the UK and not all of its price details might necessarily count as good news to interested folks. For starters, those who have been expecting to bag the Sony device for a reasonable price, should probably abstain from visiting Amazon.

The reason we say this is because the online shopping outlet has pinned the phone at a startling MRP of £814.28. Not only this, people wishing to purchase the handset’s white-hued variant will be bidding farewell to £827.20 in the process. Note that Amazon has been in such a hurry, it’s certainly not the Sony Xperia Z Ultra we’re seeing on the product page.

But there is still hope for potential buyers in the realm. It should be noted that Expansys too has put the giant smartphone up for pre-order, but at a comparatively less amount of £639.99. Don’t worry, the e-retailer has smeared the white as well as the black models with the same retail tag. 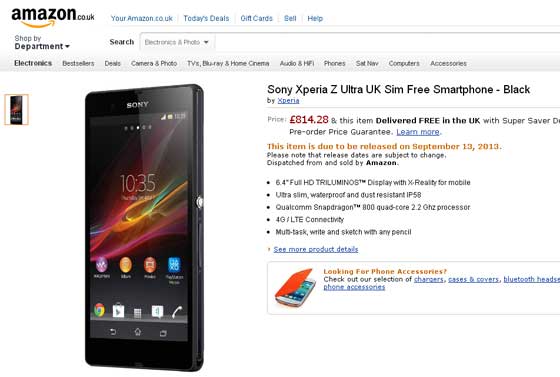 Those interested could also look forward to knocking off £40 from the amount that Expansys demands for the Sony Xperia Z Ultra. Clove is yet another online outlet which has begun taking pre-orders for the device and it has affixed the Sony Xperia Z Ultra with the least expensive amount of £599.99. At least, the retail value is less as compared to figures mentioned on the aforesaid stores.

So far these are all the price details that we could attach to the Xperia Z Ultra which according to Amazon and Clove, will be floating ashore by September 13.