Only recently, the Xperia Z Ultra had shown up on online shopping portals in India without an official notice by Sony and now an e-retailer has gone ahead and disclosed its price details. This Sony Xperia phablet is up for pre-booking at a price of Rs 44,990 and the device is likely to knock on users’ doors 6 days after the order is placed.

The Sony Xperia Z Ultra is currently available in shades of black and white and its purple variant may also arrive in the country very soon. It measures merely 6.5 millimeters in thickness and the sleek form factor of the phablet easily manages to accommodate a 6.44-inch touchscreen as well as a 2MP snapper on the front panel. Its shatter-proof capacitive display with Mobile Bravia Engine 2 keeps scrapes or scratches at bay and projects clear visuals in 1920 x 1080p resolution. A pen stylus is also packaged along with the gadget that tips the scales at around 212 grams. 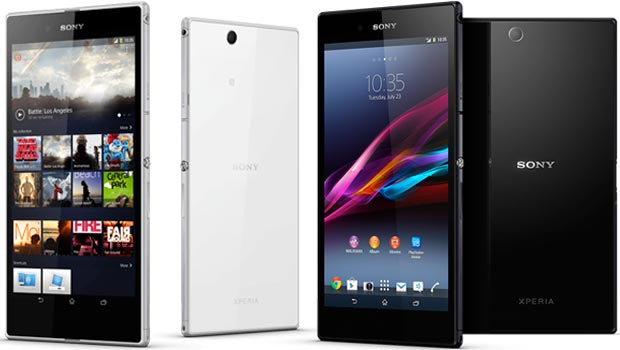 On flipping the phone over, prospective users will find an 8MP auto focus camera complete with a set of essential features. These include LED flash, Exmor RS for mobile image sensor, 16x digital zoom, HDR, image stabilizer, touch focus and sweep panorama to name a few. Based on Android Jelly Bean 4.2 platform, the Xperia Z Ultra acquires steam from a quad core Qualcomm Snapdragon processor sprinting at a maximum speed of 2.2GHz which is accompanied by an Adreno 330 GPU.

And if that’s not enough, it has been loaded with 2GB of RAM and as much as 16GB of onboard memory. An expansion slot has also been carved into the phablet’s chassis to allow increasing the storage by up to 64GB with a little assistance of a microSD card. This dust- and water-resistant phone draws power from a 3000mAh battery which claims to cough up the juice for talk time of about 16 hours and standby time of close to 820 hours. 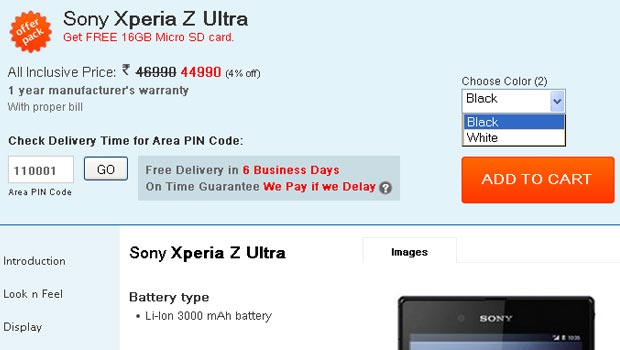 Interested folks in India can pre-order the Xperia Z Ultra through Saholic for the aforementioned price.