Sony Xperia Z Ultra shipping in the US

The new Sony phablet dubbed Xperia Z Ultra has already gone on sale in India and in the UK. It has received varying price tags from different outlets. The company yet to officially announce this Sony Xperia and its price for the US, but a certain retailer has started selling the phablet unlocked and in 2 variants, one with HSPA+ support and the other carrying the necessary hardware for 4G LTE networks.

The Xperia Z Ultra is a mammoth of a smartphone. Apart from being one of the largest handsets from the Japanese conglomerate, it is being touted as the slimmed FHD phone. At just 6.5mm, it definitely takes the cake in this segment and that’s not all – The company has designed it to be a speedy devil as well, with high-end components hard at work on the inside. The device comes with a 6.4-inch Triluminos display which is powered by the X-Reality for mobile engine. Accompanying it is a 2MP FHD camera, while the rear flaunts an 8MP Exmor RS shooter. 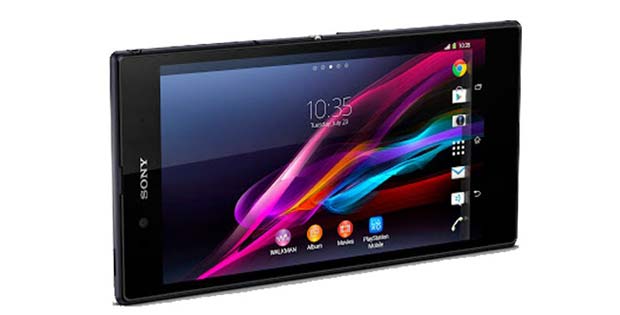 The Xperia Z Ultra runs on Android 4.2 with an update to version 4.3 announced. It has a quad core Snapdragon 800 SOC on the inside, 16GB of storage, 2GB of RAM, a microSD card slot which supports up to 64GB and a Li-ion 3050mAh battery to power it up. The device is dust-proof and water-resistant as well, like the company’s current flagship.

The guys over at Android Central have received word that the smartphone is on sale through Negrielectronics. The HSPA+ Ultra which goes by the model number L39h/C6802 is available for $799.50, while the 4G LTE version can be picked up for a price of $839.50. The phablet is being listed in color options of purple, white and black.