The Sony Xperia Z Ultra phablet has gone on sale in various locations across the globe, but mostly with HSPA+ connectivity. Residents in the UK looking forward to picking up this mammoth of a smartphone ought to know that it is soon to be available with LTE octaband support. Speaking of which, a 4G variant was recently spotted making a halt at the FCC. And based on the details available, the device supports LTE bands 2, 4, 5 and 7 along with HSPA 1700MHz frequency.

The Sony Xperia Z Ultra is the first smartphone from the company to fall in the phablet category and it’s the slimmest of its kind. The phone measures 6.5mm thick and it weighs 212 grams. Additionally, Sony has given it the same water- and dust-resistant treatment as its current flagship, allowing users to submerge the device at up to 1.5 meters for a period of 30 minutes max. A 6.4-inch Triluminos touchscreen with X-Reality engine, is fitted on the front alongside a 2MP snapper. And on the rear, buyers will notice an 8MP Exmor RS camera, but no LED flash. 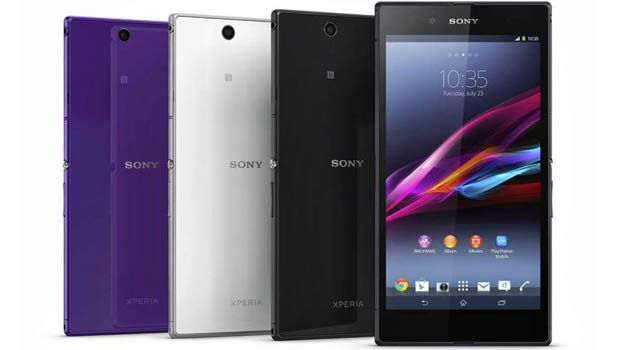 The Sony Xperia Z Ultra is deployed with a quad core Snapdragon 800 processor clocked at 2.2GHz and 2GB of RAM. It features 16GB of storage and a microSD card slot compatible with up to 64GB. Apart from 4G LTE and HSPA+ support, buyers will have Bluetooth 4.0, Wi-Fi ac, DLNA, MHL, GPS and other connectivity options as well.

The Sony Xperia Z Ultra is being offered for pre-order at £612 through Clove that’s bundling the handset with a free SmartWatch 2 (valued at £120) and a SBH20 Bluetooth headset (£39.99). It can also be booked on Expansys for £639.99, while Unlocked Mobiles will reserve you a unit for £599.98 and even throw in the audio accessory mentioned above.