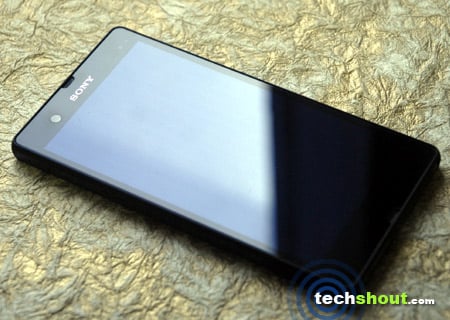 In this review of the Sony Xperia Z, we’re going to taste the latest hardware that was showcased back at the CES 2013, something which managed to sweep many fans off their feet. The handset also carries the flagship title and is the first from the Japanese conglomerate to arrive with a quad core processor as well as a 1080p display spanning 5 inches wide. Basically, everyone’s calling it the best Sony smartphone yet and we’re about to find out what makes this gadget a viable candidate in the Android ecosystem. So do join us in this exploration.

Before we begin, let’s take a quick look at what we’re dealing with here. 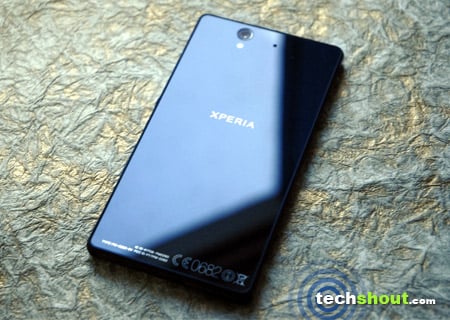 We’ve seen rugged devices and we’ve seen smartphones with a grave sense of fashion. But we haven’t quite seen both aspects in a single design, that’s not until now. The Sony Xperia Z is truly a showstopper in the Android ecosystem. Water-resistant IPX5/7 and dust-proof IP5X standards aren’t normally found on flagships, certainly not the ones that pack top-tier hardware and come dressed to impress. The conglomerate states that the device can be submerged in up to 1 meter of liquid for a span of 30 minutes tops. To ensure nothing happens to the internal components, all ports are well concealed by flap covers that provide a secure fit. The OmniBalance design approach adopted here is very minimalistic and streamlined.

Much like the Optimus G, the front and back panels have been coated with tempered glass. Sony is currently keeping mum about the make and the company behind this protective coating, but it does assert that the glass is capable of taking a beating. What we really like about these inlays is that they aren’t of the smudge-friendly type. But if you were to apply the provided screen guards, be ready for a smear nightmare. Let’s not forget that the extra protectors get scratched pretty easily as well. 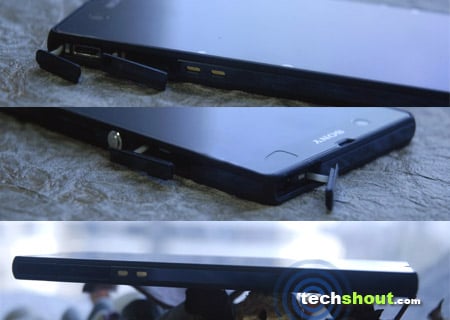 The Xperia Z features a squared design with subtle curves at the edges. On the left, you’ll find the USB port, microSD card slot and 2 gold contacts for wireless charging when docked, while the top and right side house the 3.5mm audio jack and SIM card slot, respectively. The only physical buttons available which comprise of the power and volume controls, are also fitted on this side. These sockets and keys are encased within a rubberized bezel that runs along the sides, probably to keep the water out. The overall appearance is let down slightly by the branding marks on the lower-edge and rear.

The specifications you’ve seen earlier are certainly the type worth drooling over. But how well is the hardware incorporated with the Android platform? Let’s find out – The Sony Xperia Z takes less than half a minute to boot. And once you’ve hit the homescreen, there’s no sign of media scanning or any such tasks in sight that run at startup and slow down the system. In fact, everything from accessing menus to opening applications, works smoothly the moment the desktop loads, sans any lags or delays. Well, we did encounter the occasional heart-thumping hang ups (normally for a second or two) that aren’t rare in the Android ecosystem, even in devices with top of the line hardware. 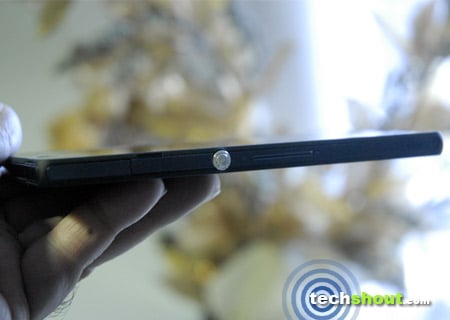 Let’s talk numbers now. A quick run through the GLBenchmark 2.7 Egypt HD test rendered 30fps and in the latest T-Rex HD suite, the device was pushed to its limits by delivering just 13fps. Just so you know, 15fps is the highest recorded by the tool so far. Well, that number is likely to rise when the PowerVR Series 6 Rogue and Adreno 330 GPUs hit the market. Vellamo’s HTML5 suite provided a score of 2195, while Quadrant Standard and AnTuTu derived 7818 and 20129 points, respectively. Comparison time – The HTC Butterfly secured 19236 in the latter test, while it achieved 28fps in GLBenchmark 2.5.1 Egypt HD.

The only place where the mighty Xperia Z loses its fizz is in JavaScript browser performance. We recorded 1191.2ms in SunSpider 0.9.1 which is a lot less than the 1404.7ms derived on the Butterfly, but higher than the 913.1ms obtained on the Lumia 820. We’ve only recently started to adopt 3DMark for benchmarking, so hands-on comparison with other devices isn’t possible, for now. The tool however, does maintain a score chart where the Galaxy S4 with Snapdragon 600 is currently on the top of the list with 10749 points in the Ice Storm test. Our review unit came in with 9985 points. 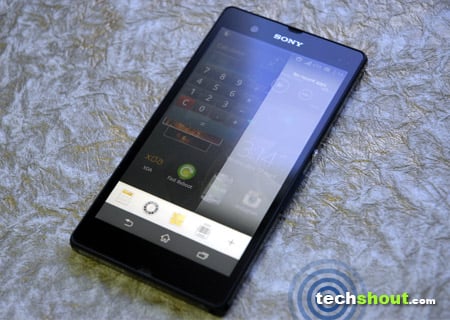 The best of Sony does a marvelous job in benchmarks, but it still ranks lower compared to a few upcoming flagships. Don’t get us wrong, the Krait processor is definitely capable of running anything thrown at it. Newer handsets like the Galaxy S4 and the HTC One come with the latest Krait 300 architecture, which is not much different than the one in the Sony Xperia Z, but possesses various enhancements with higher clock speeds. So it’s basically a 10% to 20% increase in performance. Although the official specs sheet states that the device supports up to 32GB microSD cards, various reports have confirmed that you’d be able to insert a 64GB card and get it to work by simply formatting it. 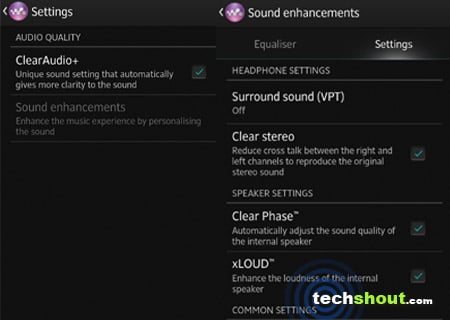 – Jelly Bean with some extra flavor

Like most OEMs out there, Sony has coated the Android 4.1 platform with its own UI. One of the most prominent changes here is that the Timescape UI which has been part of various past handsets is now replaced with the Socialife application that operates in a similar fashion. The tool basically allows you to access feeds from Facebook, Twitter, YouTube and Google Reader in a single stream. Then there are the regulars, namely Movies, Albums and Walkman which you’d normally find in all Xperia phones. The music player has various audio enhancements settings integrated such as surround sound and clear stereo for the earphones as well as Clearphase and xLoud for the internal speaker.

Stamina mode, as you probably know by now, helps improve the battery life by automatically limiting resources to background activities and even powering down various radios when the screen is off. Details on our analysis can be found below in the battery life segment. Like Samsung’s Multi View and LG’s Qslide features, Sony has provided rich capabilities as well, in the form of Small Apps. These are accessible from the recent applications screen. They are basically compact widget-sized tools that allow you to carry out various tasks like browse the web, make calculations, record audio and a lot more without the need of exiting or minimizing the application you have open. Other pre-loaded connectivity features comprise of MirrorLink, Throw and screen mirroring. 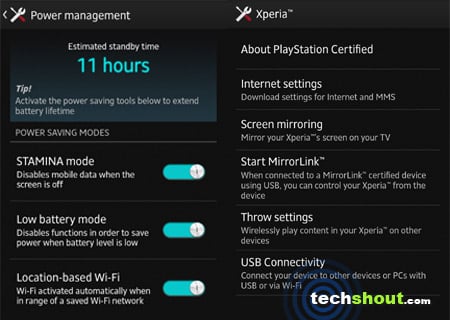 The Sony Xperia Z does come on top when competing against the Butterfly in benchmark performance. But where the display is concerned, HTC’s Super LCD 3 panel takes the gold. Simply put, the latter screen proffers more vivid visuals, while the former one has without a doubt very realistic visuals, but these are on dull side. Nevertheless, both smartphones certainly have beautiful displays. The OptiContrast Reality screen combined with Bravia Engine 2 makes images and videos more enjoyable at 1080p resolution and a 441ppi pixel density is one of the highest found on a mobile phone till date. Owing to its size, using the touchscreen with a single hand is a bit hard, but not impossible. 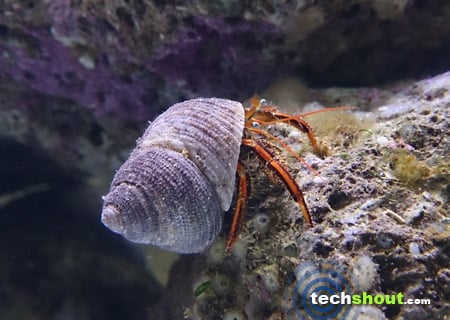 The 13MP snapper on the rear features the company’s Exmor RS sensor which is capable of capturing both images and clips in HDR. The app’s UI is quite simple and intuitive. There’s no need of switching between video and normal modes as there are separate record and capture buttons available. You’ll be able to select from a host of shot modes and effects as well. For widescreen pictures the resolution needs to be set at 8MP and if you wish to capture images at 12MP, you’ll have to make do with a 4:3 aspect ratio. On the bright side, we didn’t notice much difference in images derived through both settings. The photos and footage we captured appeared crisp and high in details with great color reproduction which added a realistic feel.

The snapper also proved to be quite a performer in low-light conditions. Coming to the battery life, we allowed the device to exhaust its resources by streaming an HD movie on YouTube. The brightness was set at 70% and the audio level was at 50%. The outcome was a bit disappointing as the phone’s charge level dropped to 80% a little after 60 minutes. Overall, we expect it to deliver more than 5 hours of playback online. Stamina Mode is one fine power management tool. To clarify things, you won’t notice much difference in the activity time while using the device normally, since only standby is improved here while in sleep state. 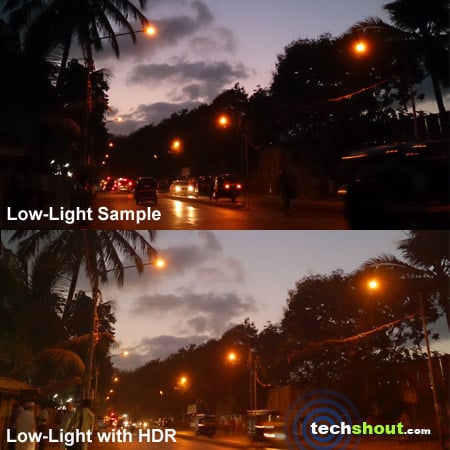 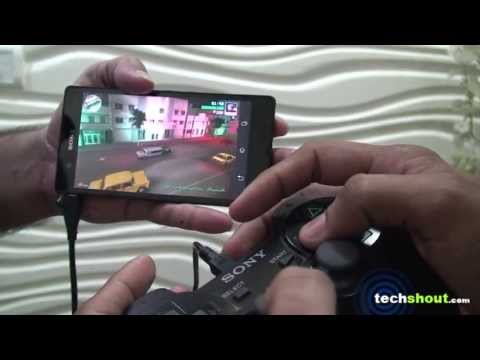 At 9.7mm, the Xperia Z manages to deliver a stylish form factor that’s water- as well as dust-resistant and even fit in the latest technologies – Could we even ask for more?

The 13MP rear camera does a marvelous job of capturing images in dimly- and well-lit ambiances.

The 1080p Reality display may not show its true colors while in the Android UI, but while viewing images and videos, it’s truly an enjoyable experience. And there’s Bravia Engine 2 to further enhance the outcome altogether.

The phone at times, can heat up a little more than expected and Wi-Fi connectivity is fairly weak compared to other devices.

The battery life is what disappointed us. For a capacity of 2330mAh, a day’s worth of moderate usage isn’t what you’d expect.

We’ve reached the end of our Sony Xperia Z review and what a great experience it has been using the smartphone. You get a rugged form factor that encases high-end specifications which can give any 2012 flagship a good run for it money. And most importantly, the phone has looks which are certainly impressive. This is by far the best of Sony in a smartphone and it deserves a 9 out of 10 rating. Currently, there’s no official price for the handset in the US, but it is expected to launch soon, while those residing in India can pick up the phone for below Rs. 38,000.