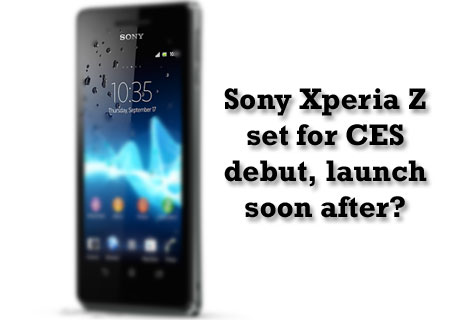 Known by many names, the Sony Xperia Z is going to get an unveil at the CES in January next year, according to the latest rumor doing the rounds. Reports about the phone came out recently and had it going be various monikers ranging from the believable to the downright silly.

With Xperia Z L36h as the phone’s official unofficial designation, the device is said to carry a high definition 5-inch display. This will apparently squeeze out images and video to users at one of the highest resolutions found on a phone at present, 1080p. Not much else is known about the display panel itself such as whether it will have splash protection and dust resistance.

Other handsets with matching display capabilities include a pair of phones from ZTE – the Grand S and the Nubia Z5 – as well as the Oppo Find 5, which is itself headed to a variety of markets. Even HTC’s successor to the One X, codenamed the M7 is reportedly to have a 1080p SoLux touch screen, and boasts of an increased range of viewing angles as well as better color accuracy. 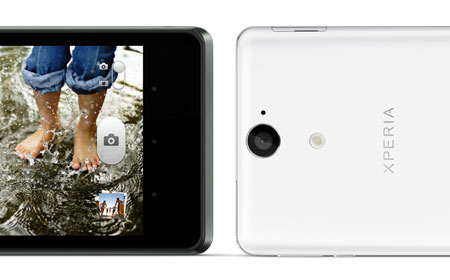 The 5-inch touch screen is not the only thing to talk about in terms of specs, and the rumored features also include a 13MP camera on the back panel that incorporates a backside illuminated sensor for high quality images even in low light. Then there should be a quad core Qualcomm Snapdragon S4 processor with an Adreno 320 GPU, keeping tasks speedy and things running smoothly.

And although this piece of gossip doesn’t narrow down the internal storage capacity, there will be a slot for a microSD card in addition to 2GB of RAM, helping the device rival the high end gadgets in the Samsung Galaxy range. Additionally, there is no word on what platform the device will operate, but Jelly Bean seems the most likely option.

Ars Technica says that these specs come via Chinese-language site ePrice which claims pricing could be set at approximately ¥4298, which is about $690 or £430. As the rumor goes, the Sony Xperia Z will debut at CES 2013 and will immediately head off to markets, launching on January 15.