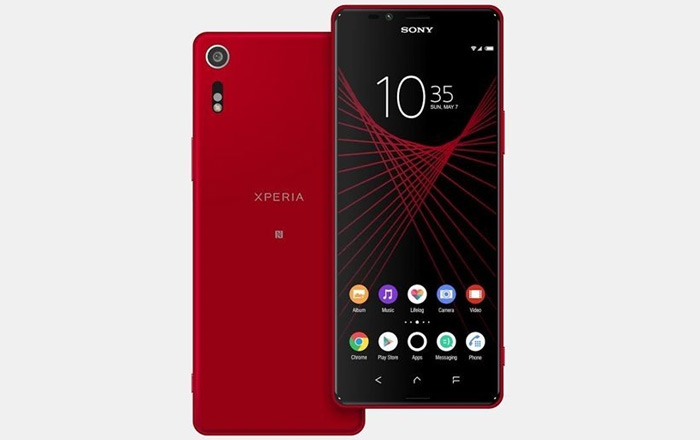 Sony’s got an interesting new device cooking up in its labs if a new report is to be believed. The phone might be called the Xperia X Ultra and it could feature a mega-wide 21:9 aspect ratio.

This makes the Xperia X Ultra much taller than the LG G6 (18:9) and Samsung Galaxy S8 (18.5:9). As per Concept Phones, the phone might measure 6.45-inch diagonally and possess a minimal bezel design to enhance the display’s appeal. This can be seen in the concept render above.

Unlike the aforementioned LG and Samsung phones, it doesn’t look like Sony’s device will be a flagship offering. For one thing, it’s powered by a Snapdragon 660 processor, considered to be a mid-range SoC. Besides, the Japanese brand already has the Xperia XZ Premium for flagship duties.

In terms of photography, the Xperia X Ultra may offer up a 19MP primary camera paired with a 13MP selfie shooter. It will probably contain 64GB of internal storage and 4GB of RAM. It might function on top of Android 7.0 Nougat and run on a 3050mAh battery. The latter is likely going to be blessed with Quick Charge 3.0 for rapid-fire charging.

Other possible specifications include dual speakers and an IP68 rating for guaranteed protection against dust and water to certain extent. Sony could announce it in red and grey colors. Given that there’s very little evidence pointing towards the existence of a Xperia X Ultra beyond a concept render, the leak should be taken with a pinch of salt.