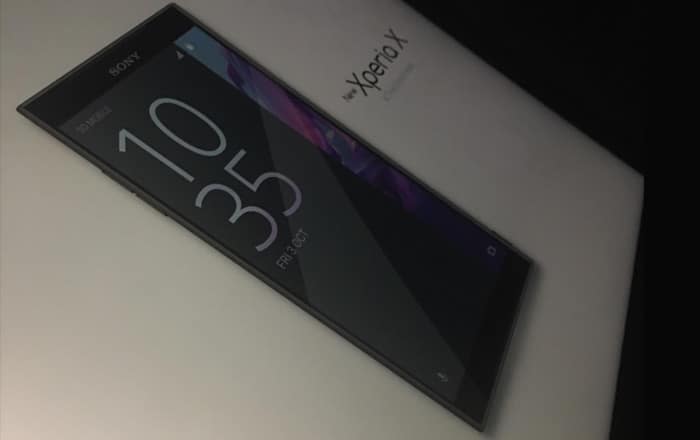 The 2017 version of the Xperia X has just surfaced online in the form of a solitary image. The source of the leak claims it’s a press picture of the upcoming Sony handset.

Very little can be gleaned from the photo apart from the fact that it’s the black model of the Xperia X (2017). The angle of the shot makes things unclear, but it appear the smartphone has very narrow bezels, similar to its predecessor.

The render can be seen accompanied by text which calls the device the new Xperia X. A fuzzy hashtag can be seen below the words. Reports indicate that it spells out the phrase #TheGreatest, although this is up for speculation. The snapshot itself may or may not be fake.

Sony’s original line of X series phones came out during the MWC in February 2016. One of the top draws of the Xperia X (2016) was its long-lasting 2-day battery life and longer battery lifespan courtesy Qnovo’s Adaptive Charging technology. It’s unknown what Sony might be planning for the 2017 refresh of the device.

The 2016 Xperia X notably got a price cut mere months after its launch in India. The phone originally arrived in the country at Rs 48990 and was later granted a Rs 10000 discount to drop its value down to Rs 38990 officially. It’s currently available for cheaper via various e-commerce sites.

As for the next Xperia X, we’ll keep our ears on the ground for any updates regarding the upcoming handset. If Sony follows its previous pattern, the phone may just make its debut at the MWC 2017.