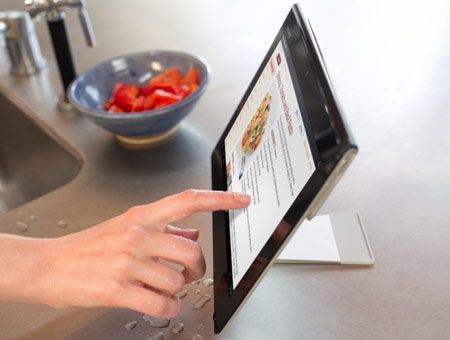 The Sony Xperia Tablet S US price and release date information has been let loose for those who’ve taken to this newly unveiled slate. Considering the Tablet S, the company appears to have polished some rough edges not just in terms of internals here.

First off, the folded back magazine look sported by the older tablet hasn’t been retained in its entirety. The slope on the rear stops less than halfway down the chassis, when the screen is being viewed in landscape mode. The familiar 1280 x 800p, 9.4-inch screen stretched across the front is enhanced with IPS OptiContrast technology. 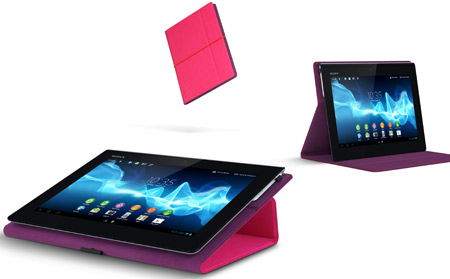 “We know that eighty-eight percent of tablet owners in the US are using their tablets in the living room, and are multi-tasking with their tablets while watching TV,” trilled Phil Lubell, vice president of networked technologies and services at Sony Electronics. “We wanted to enhance that living room experience by providing interactive and useful features with the Xperia Tablet S.”

Android Ice Cream Sandwich powers the slab’s various functions and it works with an Nvidia Tegra 3 processor and a 6000mAh battery which offers around 12 hours of video playback or 10 hours of web surfing. Connectivity options cover HDMI, Bluetooth 3.0 and Wi-Fi, with models marked out for 3G too.

Embedded into the back panel of the Sony Xperia Tablet S is an 8MP camera, while somewhere on the front bezel sits a 1MP one. The body is designed to meet the IPX-4 splash proof rating so that a reasonably mild encounter with water does not require users to start hunting around for the warranty card. 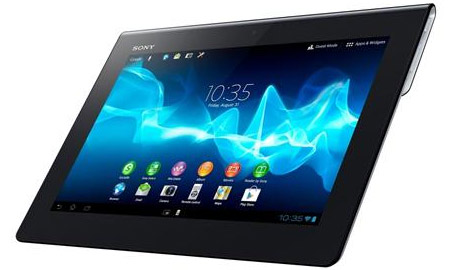 In case all of the aforesaid features don’t sell the device to fans, Sony’s pushing it out with an optional $99.99 Cover with Keyboard case, $39.99 charging cradle, $99.99 docking stand and more. What’s more, it looks like Google Play movie redemption codes worth up to $45 are also being stuffed into the stocking.