Sony has launched a new mid-range smartphone, the Xperia T3, that’s said to come with a premium design. According to the company, the handset is the slimmest there is in the 5.3-inch segment. Then again, there aren’t many phones in that category and none easily come to mind.

The phone features a stainless steel frame and a polycarbonate rear panel. It’s just 7mm thick and tips the scales at 148 grams which is higher than what we expected. The handset is also the first mid-range release from Sony to have Android 4.4 KitKat out of the box. Like the T2 Ultra phablet, the phone is powered by a quad core 1.4GHz Snapdragon 400 SOC and it offers 4G LTE support as well. However, there’s no word on whether this phone will be marketed in a dual SIM models also. 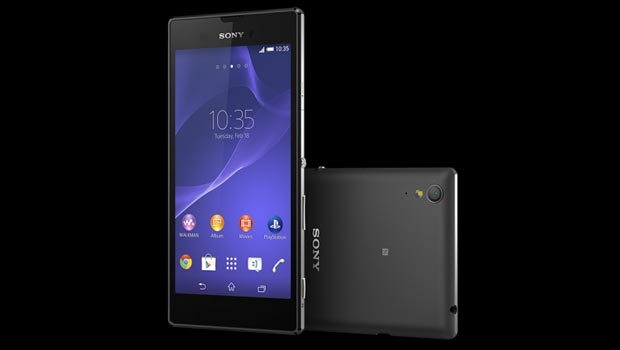 A generously sized 5.3-inch Triluminos IPS display with Bravia Engine 2 is placed on the front. Another key highlight here is the 8MP Exmor RS rear-facing camera which supports 1080p FHD video capture, HDR and SteadyShot for image stabilization. The Smart Camera apps are also accessible. They include Social Live, AR effect, Timeshift burst, Creative effects and Portrait Retouch amongst others. The phone comes with a 2500mAh battery which can deliver around 688 hours of standby or up to 12 hours and 46 minutes of talktime.

The Sony Xperia T3 will go on sale globally by the end of July in standard shades of black, white and purple.