Sony Xperia T price for UK announced by Clove, now up for pre-order 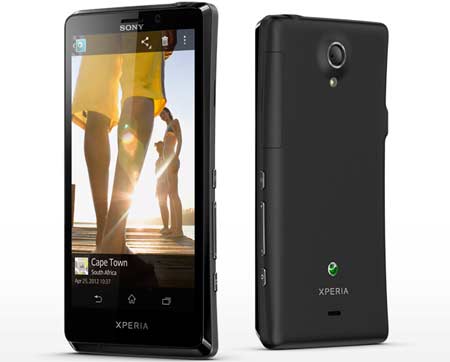 Although the Sony Xperia T price and release date details for the UK have not been announced officially, Clove has put the phone up for pre-order in the country. Carphone Warehouse will also start selling the device very soon.

This handset was unveiled at the IFA along with its two other siblings – Xperia V and Xperia J. It treats users to the Ice Cream Sandwich platform and will be receiving the Jelly Bean update. The smartphone’s Timescape UI works in conjunction with the Android OS to ensure intuitive and user-friendly navigation. The dual core Qualcomm Krait MSM8260-A application processor clocks in a speed of 1.5GHz and makes the device capable of carrying out multiple operations at the same time.

A scratch-resistant TFT capacitive 323ppi display lays claim on the front side and offers a multi-touch real estate of 4.55 inches. It can render clear and high definition visuals in 1280 x 720p resolution. Featuring 1GB RAM, the Xperia T ships with 16GB internal storage and an expansion slot for a microSDHC card of up to 32GB capacity.

Furthermore, it shows off a 13MP primary snapper with LED flash and a 1.3MP front-mounted webcam for video conferencing over the web. The 3G-enabled smartphone provides internet access and even facilitates wirelessly transferring multimedia content, thanks to built-in Wi-Fi and Bluetooth. In addition to a microUSB port, it is embedded with a 3.5mm standard headphone jack as well.

As mentioned above, the Sony Xperia T price and release date are kept under wraps, but prospective users can pre-order it from Clove for £414.