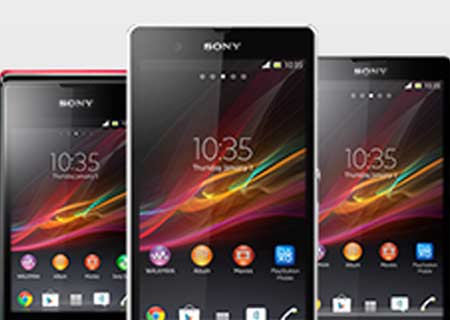 The Sony Xperia SP C530X which was supposedly expected to make an appearance at the CES 2013 expo last month is now likely to show up at the MWC that’s scheduled to happen in a few days. Well, before the Japanese conglomerate makes it official, we’ve got a list of specifications picked out straight from the rumor mill.

Now, whether Xperia SP is the official branding for the phone or not is still a mystery, but based on current and previous naming styles, what we have right now could possible stick. The device is said to go by its model number C530X, where X is most likely to stand for variable numbers. Previous speculations also suggest that the device carries the codename HuaShan. Unlike the current flagship, the phone in question will be powered by a dual core Qualcomm Snapdragon S4 Pro MSM8960T SOC that’s clocked at 1.7GHz. And as expected, the Adreno 320 graphics module will be tagging along and a 720 x 1280p display will occupy the front panel.

While these details were leaked back in January, the guys over at Xperia Blog have fresh insights to share. Citing a trusted source, the report speaks of various other components that are likely to get featured within the handset. First on the list is the screen size where new information point out that the HD panel will span as wide as 4.6 inches. Various structural details have been divulged as well. The device will carry a sturdy frame which is likely to be constructed from aluminum that will spread around all 4 sides. However, chances are that the rear panel might land up being molded from plastic or polycarbonate, we suppose.

In addition to the aforementioned attributes, the phone should also house 8GB of internal storage and a microSD card slot to expand the hoarding capacity up to 32GB more. The rear will employ an 8MP Exmor RS camera sensor. Where weight and dimensions are concerned, the handset could be as heavy as 155 grams and measure 130.6mm x 67.1mm x 9.98mm.

If the latest leaks holds true, these Sony Xperia SP C530X specifications are most likely to be officially confirmed at the MWC next week where the company is could also unveil the handset and many others.