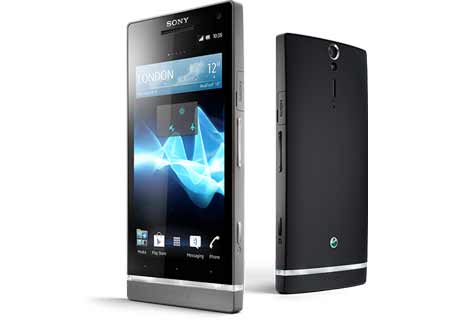 The Sony Xperia SL price in India has popped online through various e-retailers in the country, but there’s still no official word on when the Japanese conglomerate’s ‘everything in HD smartphone’ will be available for purchasing pleasure. For now, the ‘Buy’ button is accessible on Snapdeal and Infibeam, while Flipkart shows the device as ‘out of stock.’

The handset in question is the upgraded version or the successor as some call it, of the Xperia S which made its debut earlier this year. The Android Ice Cream Sandwich platform is coated with the Timescape UI and the company has even integrated Twitter into the platform’s framework along with Xperia with Facebook for social networking needs. Powering up the device is a dual core Qualcomm MSM8260 processor which is clocked at 1.7GHz, that’s 200MHz higher than its predecessor. Memory needs are catered to by 1GB of RAM and internal storage of 32GB, out of which around 26GB is user-available. 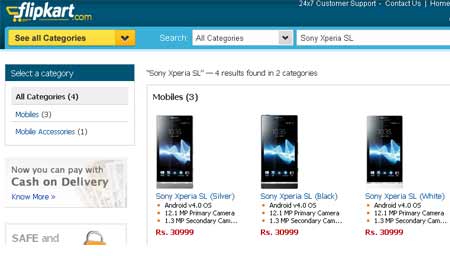 A 4.3-inch scratch-resistant TFT Reality display with Mobile Bravia Engine, is fixed to the front portraying a 1280 x 720p HD resolution. Snap-happy users will have a 12.1MP camera fitted on the rear with LED flash for capturing precious moments and recording videos in 1080p. The 1.3MP front-facing snapper can shoot clips as well, in a 720p resolution through. For connectivity, there’s NFC, USB tethering, Bluetooth, aGPS, Wi-Fi with DLNA certification and HDMI. The handset has an average talktime of up to 8 hours and 15 minutes on a single charge.

The Sony Xperia SL price in India stands at approximately Rs. 30,999. And like we said earlier, there’s no mention of a release date as yet.