The Xperia Z4 is a disappointment, but the good news is that it apparently isn’t destined for the international market and might never leave Japan. Instead, we’ll be getting another flagship device which is still a mystery, but might end up being the leaked Sony Xperia P2 phone.

This handset has been spotted online carrying some pretty beefy specs and also a design that’s fresh from the OEM. The biggest concern here is that the Sony Xperia P2 isn’t part of the Xperia Z series and so it might not really be the flagship phone we’ve all been waiting for.

Nevertheless, it sure does look to be a premium release. The image you see below comes via Chinese website CNBeta and it shows what the Sony smartphone could look like. The device is a lot like the Aquos Crystal from Sharp as it offers extremely slim bezels and a high screen-to-body ratio. 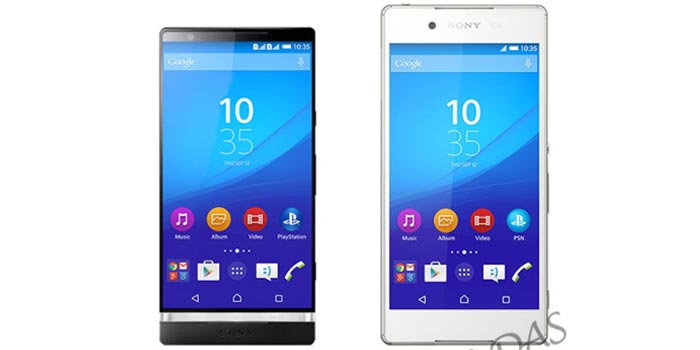 The phone will also have an illuminating notification light below the screen much like the one on the Xperia SP. The sketches below show what the device could look like from the rear and the side. It’s disappointing that Sony might offer the phone with a lot of bulk as the thickness is said to be between 8.9mm and 10.9mm.

Well, the bulky design is mainly because of the large battery that will be onboard. Android Authority is reporting that the Xperia P2 will carry a 4240mAh power pack. 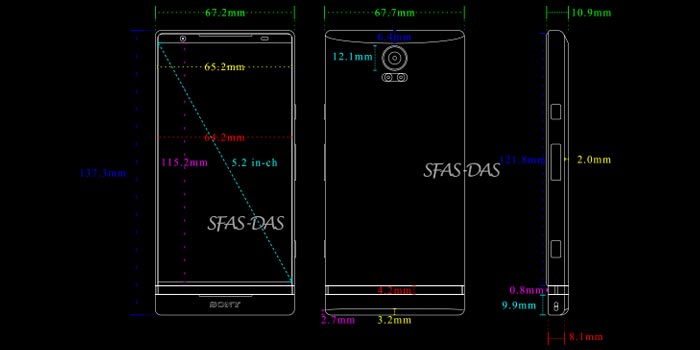 The Sony Xperia P2 looks to be a very interesting device from a hardware and design prospective, but the information is yet to be authenticated – So be sure to take this leak with a pinch of salt.