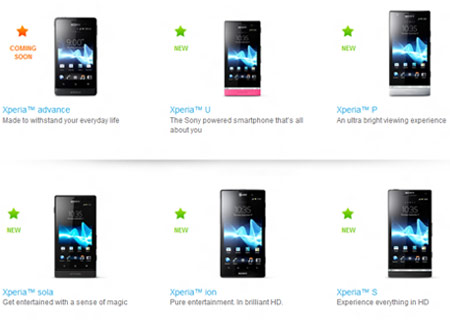 The NXT series comprising of the Sony Xperia P, Xperia S and Xperia U smartphones has made its debut in the US. These next generation devices from the Tokyo-based conglomerate are now available for purchase unlocked, that’s sans any carrier commitment or contract.

The Xperia S is introduced as an all-around HD smartphone. It packs in a 4.3-inch TFT LCD HD Reality display with Mobile Bravia Engine proffering resolutions of 1280 x 720 pixels. On the rear rests a 12MP Exmor R camera with an f2.6 aperture, 16x digital zoom and LED flash. On the memory front, it employs 1GB of RAM and up to 32GB of internal storage, while a 1.5GHz Qualcomm MSM8260 dual core processor does all the heavy lifting. 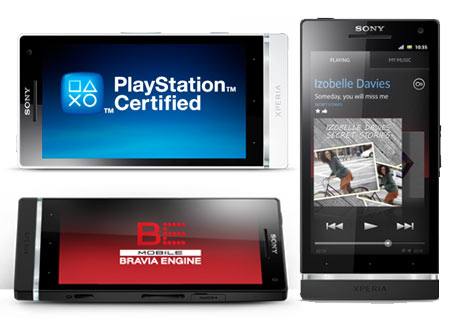 Featuring the Sony WhiteMagic display technology, the Xperia P is equipped with a 4-inch qHD Reality touchscreen featuring Mobile Bravia Engine. It has an 8MP AF primary Exmor R camera fitted on the rear with various hardware components like 1GB of RAM, 16GB of built-in memory and a 1GHz dual core STE U8500 CPU on the inside. Last up is the stylish and compact Xperia U smartphone which houses a transparent element that illuminates based on the color of images viewed in the gallery or of the album art from the music being played.

For a rich audio experience, the company has incorporated the xLoud and Sony 3D surround sound audio technologies. Also employed here are 512MB of RAM, 8GB of integrated storage, a dual core 1GHz STE U8500 processor and a 5MP AF camera with LED flash, 720p HD video recording and 16x digital zoom. These three devices in the NXT series are compatible with UTMS HSPA networks operating on 850, 1900, and 2100 bands as well as 850, 900, 1800 and 1900 GPRS EDGE frequencies. 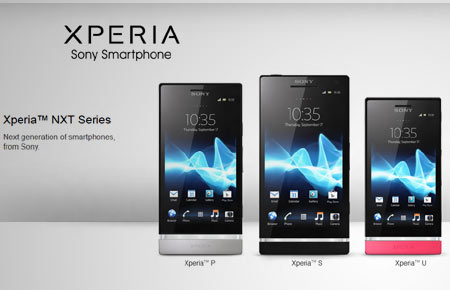 The Sony Xperia P, Xperia S and Xperia U price tags read as $479.99, $559.99 and $299.99, respectively. These smartphone are available in the US through Sony stores nationwide, the sony.com/NXT website, Newegg and various other online retailers.