Sony Xperia P and Xperia U price and availability detailed, up for pre-order on Clove 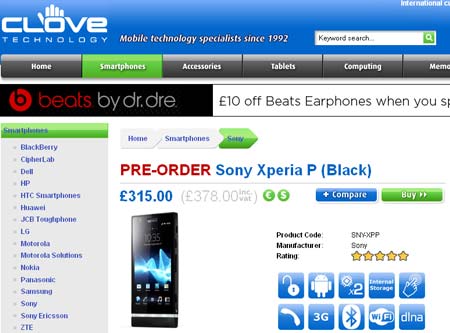 The Sony Xperia P and Xperia U price and availability specifications have now been revealed, with both the handsets featuring under the pre-order tag on Clove UK. The smartphones sport the same design that has come to be acquainted with the new Xperia NXT series, making each one in the series easily recognizable.

The official Clove UK blog shares that at the moment, the black variants of both devices have been listed on the website. The black Xperia U will tag along black or pink exchangeable caps, while the white variant should be the recipient of white and yellow options for the caps. The Xperia P is expected to arrive drenched in shades of black, silver and red. As far as details of the other hues are concerned for both devices, nothing has been confirmed by the company yet. 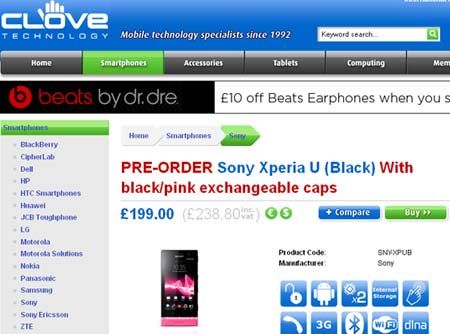 The handsets will be seen running on the Google Gingerbread platform which can be upgraded to Ice Cream Sandwich within Q2 this year. The Xperia U dons a 3.5-inch Reality display and is powered by Mobile Bravia Engine for an enhanced user experience. The other new Xperia features a 4-inch Reality display with WhiteMagic technology and tows along an 8MP camera with 16GB of onboard storage.

According to the Sony Xperia P and Xperia U price and availability details that have been divulged through Clove, the former can be grabbed for a price of £378, while the latter will be seen retailing at £238. Both the tags are inclusive of VAT. The smartphones are expected to begin shipping on April 23.