We already know that Sony is working on a new Xperia M series smartphone thanks to a previous leak and it looks like that handset could just end up as the Xperia M4 Aqua. There’s also the possibility of a normal edition being in the works to go alongside the water-resistant model.

New data uncovered by the guys over at Xperia Blog clearly points to the Sony Xperia M4 Aqua smartphone. Leaked documents list the device with Android 5.0 Lollipop as the main OS and with the software build version 28.0.A.0.XXX. The term ‘Aqua’ is used mainly to denote the handset’s water and dust resistance capabilities. 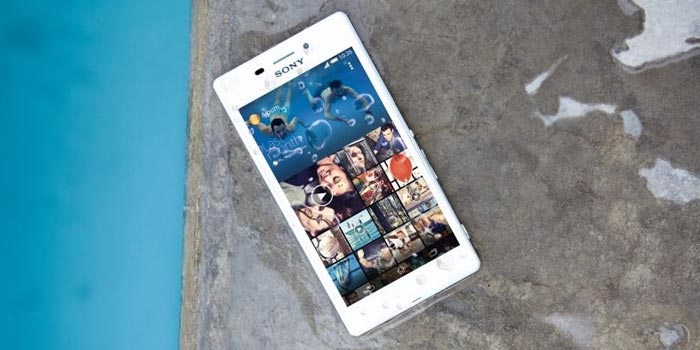 The report notes that the phone will most likely meet IP65/IP68 standards. And that’s about all the information we’ve got on the upcoming device. In other news, we recently spotted a mysterious Sony smartphone with the model number E2303/E2333 and just so you know, the Xperia M2 goes by the D2303 SKU.

The mystery phone could also end up being a new addition to the C series. It features a Snapdragon 610 SOC quad core 64-bit processor, a 5.2-inch 720p HD display, a 13MP rear camera and a 5MP front shooter. Apart from this handset, the Xperia Z4 Tablet was accidentally revealed by the company through its Xperia Lounge mobile app.

The slate is confirmed to carry a 2K display, a high performance CPU, great battery life and a slim as well as lightweight design. We’ve also gotten a good deal of information on the upcoming Xperia Z4 flagship smartphone.

The Sony Xperia M4 Aqua will more or less go official at the MWC 2015 expo next week. Check back on March 1 for official launch details on the handset and other new devices from the company.