For those who believe the world needs more rugged smartphones in the mid-range category, the Sony Xperia M2 Aqua has just been launched by the company. This Sony handset is IP68 certified, which means that it can work even when submerged beyond 1m underwater.

Thanks to a recent leak, we knew that such a device existed and Sony has now finally decided to go official with it. Although its price is still under the shroud, we are being told that it will fall in the mid-range category, pleasing those who do not wish to spend big bucks on flagships to experience the world’s highest level of waterproofing on a smartphone. 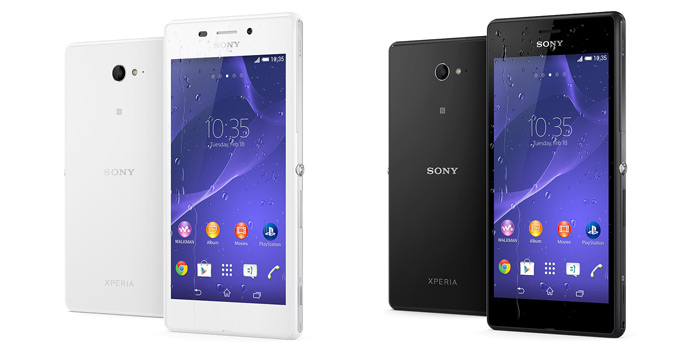 Specs of the Sony Xperia M2 Aqua smartphone is similar to its parent model. There’s a 4.8-inch display onboard which presents its visuals in qHD resolution. This phone runs on a 1.2GHz quad core processor that’s backed by 1GB of RAM. An 8MP rear camera finds its way onto it, apart from a 1.1MP front-facing snapper for video calling and selfies. The handset is kept going by a 2330mAh power unit that provides it with around 12 hours of talktime.

Here’s a clear look at the specs of the Sony Xperia M2 Aqua:

The Sony Xperia M2 Aqua will be released by the company in black and white color options this fall in markets in Latin America, Asia Pacific and Europe.