Sony Xperia M Priced for the UK, up for Pre-order 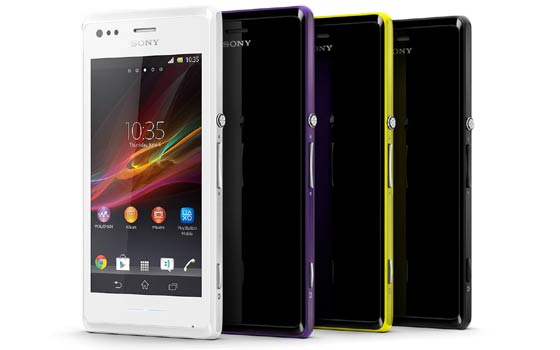 The Sony Xperia M has been revealed with its price in UK, lending it a ‘coming soon’ status for the country. For now, the Xperia M can be pre-booked through a couple of online shopping outlets. The company may not have presented the handset with an official price, but Clove has declared that it will set potential buyers back by £194.99.

Even though the Sony Xperia M (C1905) was seen in multiple colors upon its launch, it appears priced only in the black and white variants at the e-retailer’s online outlet so far. From the point of view of specifications, the handset has clearly been sculpted to please those hunting for a mid-range device.

A 4-inch capacitive touchscreen has been planted on the front panel of the Sony Xperia M, which holds the ability to reproduce visuals at a resolution of 854 x 480 pixels. Sharing room with the display is a VGA webcam sitting to the left of the manufacturer’s branding. On flipping the phone over, people will find a 5MP camera that features an LED flash, autofocus and 4x digital zoom.

The Sony Xperia M naturally has more to it than what meets the eye. Hidden within a frame of 124mm x 62mm x 9.3mm is a dual core Qualcomm Snapdragon S4 Plus chipset clocked at 1GHz, which relies on 1GB of RAM for assistance during multitasking. Other components under the hood cover an Adreno 305 GPU and a 1,750mAh battery.

Expansys is yet another portal from where interested folks can hope to purchase the Xperia phone, although the e-commerce website hasn’t pegged the device with a price as of now. As for Clove, the online outlet will be welcoming one more member from the Japanese manufacturer’s family, known as the SmartWatch 2. The accessory will be landing in the store as early as July 15.