After having been unveiled early in June this year, the Sony Xperia M has finally decided to embark for Indian markets, equipped with commendable features if its price is to be kept in mind. At around Rs 12,990, you get a PlayStation Certified device which even bears on it premium connectivity features like NFC and DLNA. Don’t expect it to have the water resistance traits that most Sony Xperia smartphones are coming equipped with these days, however, its display indeed features a scratch-resistant surface on it.

The Sony Xperia M can be pre-ordered now through major e-retailers within the country, who’re offering it at slightly altered prices. On Flipkart and Infibeam, its going for Rs 12,990, while Snapdeal is offering it at Rs 12,949. Its expected release date right now is August 18. Only its single SIM version is set to be made available at first. Equipped with a 4-inch TFT display flaunting a 854 x 480 pixel resolution, it delivers the benefits of the Android v4.1 Jelly Bean OS. 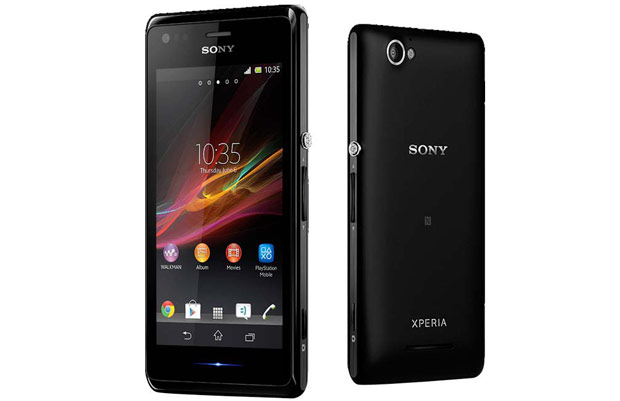 A 5MP camera with an LED flash and 720p video recording capability also finds its way onto the Sony Xperia M, along with a 0.3MP front snapper. A dual core Qualcomm Snapdragon S4 processor clocked at 1GHz ticks inside the device, while it even features an Adreno 305 GPU and 1GB worth of RAM. 4GB of internal memory aside, there’s a microSD card slot on the handset as well, with a limit of up to 32GB.

Lastly, the Xperia M comes with a 1,750mAh battery which is able to dish out 9 hours of talktime on a single complete charge.